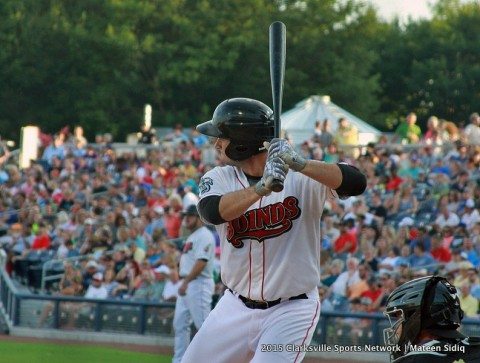 Jason Lane allowed only one run in seven innings in the El Paso Chihuahuas’ 5-1 victory over the Nashville Sounds Monday at First Tennessee Park. The Chihuahuas have won the first three games of the series in Nashville, with their starting pitchers combining for 19 innings and three earned runs.

Down 1-0, the Chihuahuas scored twice in the fifth inning. Alex Dickerson brought home the first run on a bases-loaded RBI single and Will Middlebrooks pushed El Paso ahead with a sacrifice fly to right field. Facing a left-handed pitcher with two outs in the seventh, left-handed hitter Jake Goebbert hit a line drive off the right field wall to plate two and put the Chihuahuas ahead 4-1.

Rymer Liriano scampered home on a wild pitch in the eighth to bring in the Chihuahuas’ fifth run.

El Paso has won five games in a row and six of its last seven. The Chihuahuas are in second place, one game out of first (tonight’s pending Las Vegas result will place El Paso .5 games back or 1.5 games back) with 22 games to play in the season.