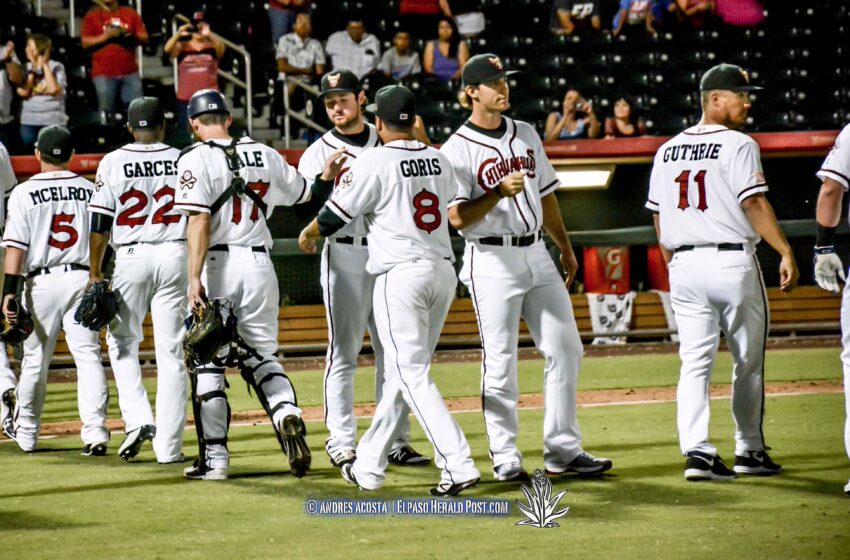 A costly Fresno error led to an exciting El Paso play in the bottom of the eighth inning of the Chihuahuas’ 8-6 win over the Grizzlies Monday night.

El Paso’s Diego Goris hit a two-run single to left field to break a 5-5 tie and then ran all the way around the bases after the ball went under the glove of left fielder Matt Duffy and rolled to the wall.

Goris also rounded the bases earlier in the game after hitting a home run over the left field wall, his second homer of the season, with both coming this homestand. Five different Chihuahuas had multi-hit games Monday, moving El Paso’s team batting average to .306, the highest in all of professional baseball.

Brandon Morrow tossed six innings and allowed three Fresno runs, striking out seven and pitching better than he did in his 2016 Chihuahuas’ debut last series. The Chihuahuas have come back to take leads in six consecutive games, winning five of those six contests.