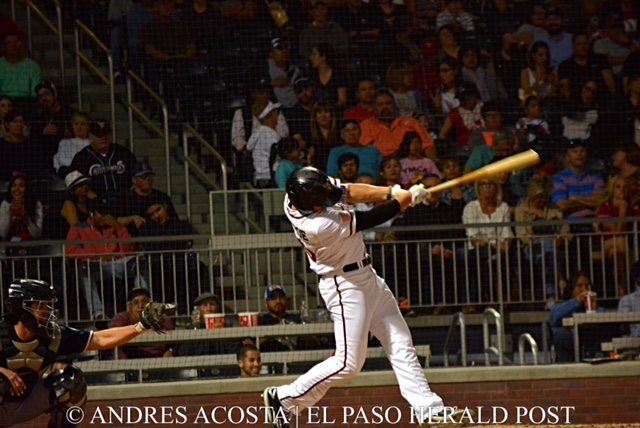 The El Paso Chihuahuas overcame an early deficit and beat the Reno Aces 10-3 in the first 2016 regular season game at Southwest University Park. Hunter Renfroe went 3-for-5 with an RBI in the victory.

Reno struck first Friday, bringing in three runs in the top of the first inning on four hits against El Paso starter Daniel McCutchen. The Chihuahuas grabbed two runs back on an RBI groundout by Jason Hagerty and a two-out RBI single by Nick Noonan, which came on the ninth pitch of his at bat.

El Paso then surged ahead when Ryan Schimpf hit a high two-run home run that landed on the upper level of the Big Dog House in right field.

The Chihuahuas never looked back, adding two more runs in the fifth and four in the eighth in a five-hit rally. El Paso’s 14 hits was the highest single-game total of the young season.

McCutchen didn’t allow any runs in the final five of his six innings and contributed offensively with a hit, a sacrifice bunt, a stolen base and a run scored on a wild pitch.