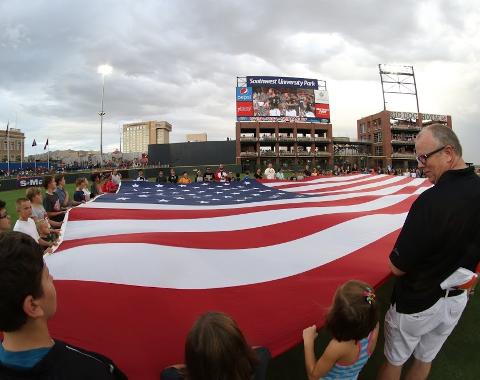 Chris Smith pitched seven innings and allowed only one run Friday, as the El Paso Chihuahuas beat the Oklahoma City Dodgers 7-1. The Chihuahuas gained a game in the Southern Division standings, as first place Las Vegas lost in Round Rock.

The Chihuahuas scored twice in the first inning on an RBI fielder’s choice by Alex Dickerson and an RBI double by Jake Goebbert. Two missed fly balls by the Dodgers, perhaps due to the swirling wind, helped the Chihuahuas pick up two more runs in the third to go ahead 4-0.

The Chihuahuas added three runs in the fifth on an RBI single by Hector Gomez and a two-run throwing error by Oklahoma City shortstop Corey Seager. Gomez went 3-for-4 with two RBIs and was a home run shy of the cycle.