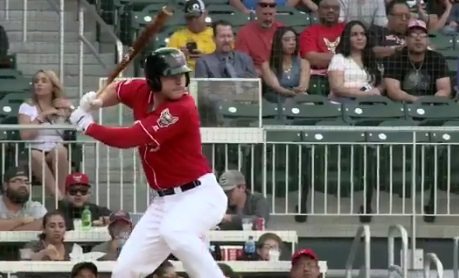 The El Paso Chihuahuas beat the Reno Aces 7-2 Tuesday to split their four-game series and their eight-game homestand. Dinelson Lamet pitched seven shutout innings and has allowed only one earned run in 20 innings this season, good for a 0.45 ERA.

El Paso starting pitchers lasted seven innings in three of the four games in the series.

The Chihuahuas scored two runs each in three of the first five innings and led 7-0 from the fifth until the top of the ninth. Jamie Romak went 3-for-5 with a solo home run, falling a triple shy of a cycle. Romak now has 10 home runs this season, while no other player in Minor League Baseball has more than seven.

Nick Buss entered the game as a pinch runner in the first inning and ended up with three runs scored. Collin Cowgill went 3-for-4 to boost his batting average to .293. Carter Capps pitched a 1-2-3 inning in his fourth MLB injury rehab appearance with El Paso.