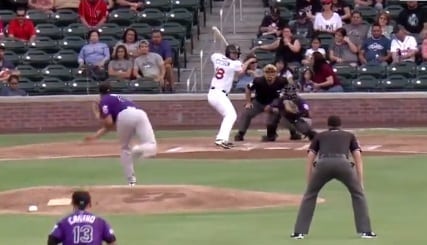 Brett Kennedy had his longest start of the season, lasting 6.1 innings, and advanced his record to 6-0. Shane Peterson and Diego Goris both hit two-run doubles in the win.

Luis Urias reached base four times, going 3-for-4 with a walk and an RBI. Franmil Reyes went 0-for-4, which ended his eight-game hitting streak.

The Chihuahuas had a 16-11 record in June; while the Isotopes and the ‘Dogs have split the first games of this series.