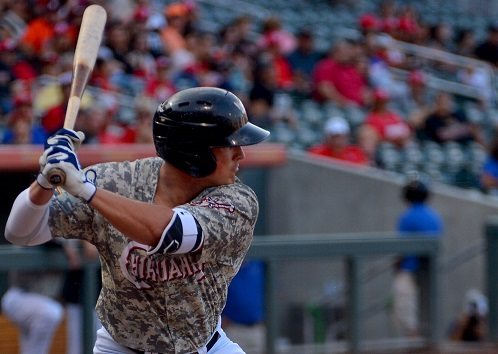 The El Paso Chihuahuas defeated the Fresno Grizzlies 10-2 Monday night to win their fourth game in their last five tries.

The Chihuahuas moved to a half game away from the first place Salt Lake Bees, who play Tacoma Monday night at Cheney Stadium.

El Paso scored twice in the bottom of the first on an RBI single by Hunter Renfroe and an RBI triple by Franchy Cordero. It was the second time in as many games the Chihuahuas scored multiple runs in the first inning.

Cordero’s triple was his 17th, which leads the Pacific Coast League.

The Chihuahuas strung together five consecutive hits in the bottom of the fifth, including back-to-back home runs by Renfroe and Christian Villanueva. It was the first set of back-to-back homers by El Paso since Nick Buss and Collin Cowgill at Reno on July 14th.

Rocky Gale went 1-for-4 with a double, his 29th of the season, setting a new career high. The Chihuahuas are 16-10 in August.