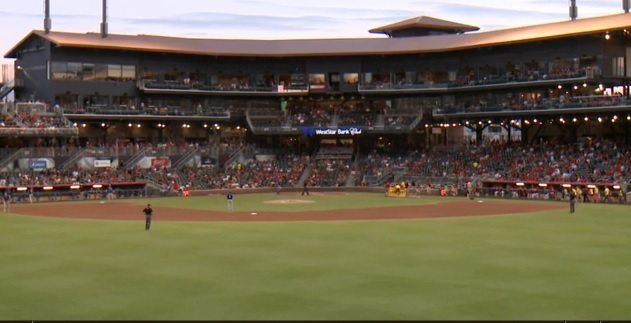 The El Paso Chihuahuas defeated the Oklahoma City Dodgers 4-2 Sunday to split the series and pick up a half game on first place Las Vegas. The Chihuahuas now sit two games behind the 51s with nine games remaining. Las Vegas is scheduled to play in Round Rock Sunday night.

The Chihuahuas trailed 2-0 early before scoring four runs on five hits and an Oklahoma City error in the fourth inning. The rally included an RBI hit from Cody Decker and a tie-breaking two-run double by Jake Goebbert.

Casey Kelly pitched six innings and left with the lead, picking up his first Triple-A win of the season.

Nick Vincent, Dale Thayer and Jon Edwards combined for three shutout innings of relief to seal the win. Edwards’ 22nd save of the year tied him with Iowa’s Brian Schlitter for the Pacific Coast League lead.