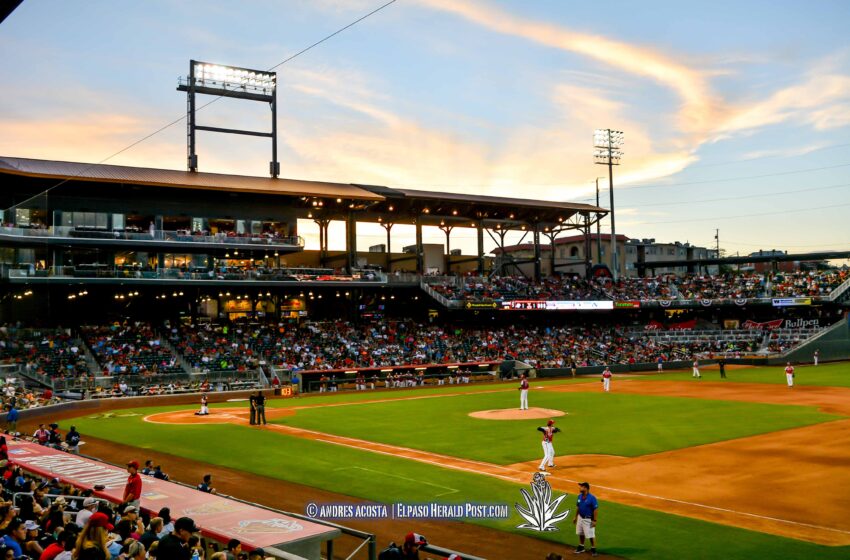 Since the affiliation in El Paso began, 59 Chihuahuas have subsequently made their major league debut and 52 of those made their debut with the Padres. | Photo by Andres Acosta – El Paso Herald Post

Thursday afternoon, officials with the El Paso Chihuahuas announced that the club has accepted the San Diego Padres’ invitation to continue as their Triple-A affiliate after signing the Major League Baseball Professional Development License.

The agreement will extend the affiliation for 10 years – through the 2030 season.

“We’re proud to continue our long-standing relationship with the Padres well into the future and are excited about the partnership with Major League Baseball,” said Josh Hunt, MountainStar Sports Group Chairman and Co-Owner. “These relationships are critical to MountainStar’s long-standing mission to improve the quality of life and promote economic development in our region through sports and entertainment.”

The Chihuahuas have been the Padres’ Triple-A affiliate since MountainStar Sports Group acquired the team in 2013 when they were the Tucson Padres and the affiliation remained in place through what would have been the 2020 campaign.

“The relationship between the Chihuahuas and Padres is an ideal one and encompasses every part of our respective organizations,” said MountainStar Sports Group President Alan Ledford. “Of course, the player development affiliation is paramount to the success of our association, but the connection extends far beyond into the El Paso community as well as the shared ideas between our business operations staff.  From ownership down through the entire organization, the Padres have been a first-class affiliate and we are thrilled that this will continue for at least the next decade.”

“We’re thrilled to continue our established relationships with El Paso, San Antonio, Fort Wayne and Lake Elsinore,” said Padres Senior Director of Player Development Sam Geaney. “Our affiliates are as key to their communities as they have been to the success of our player development system, and we look forward to bringing the next wave of Padres prospects through our system in the years to come.”

Since the affiliation in El Paso began, 59 Chihuahuas have subsequently made their major league debut and 52 of those made their debut with the Padres.

“It is only fitting to continue what has been an extremely fruitful and rewarding affiliation with the Padres,” said MountainStar Sports Group Senior Vice President and Chihuahuas General Manager Brad Taylor. “Chihuahuas fans should be excited that we are affiliated with them for another 10 years. They have been tremendous partners both on the field and in our community. The number of prospects that have come through El Paso is a testament to the work the Padres are doing to build a championship level MLB team and to keep a top-level farm system.”

The Chihuahuas have finished .500 or better in all six seasons as the Padres Triple-A affiliate. They won four consecutive Southern Division titles (2015-2018) en route to two conference championships and two consecutive appearances in the Pacific Coast League Championship Series, including a PCL title in 2016.

The partnership between the Padres and the Chihuahuas extends beyond the playing field. The Padres organization has assisted with community initiatives including donations to the Border Youth Athletic Association, United Way, Mission Continues, and From the Heart Animal Rescue and other local organizations.

To that end, Chihuahuas fans can also register to become a Chihuahuas Insider by clicking here. Fans who sign up will receive exclusive priority presale access to individual game tickets! Registration is on a first come first serve basis and there is no guarantee on game selection or availability at this time.

Club officials say that by joining Chihuahuas Insider,  fans have the best chance to secure tickets to all preferred 2021 Chihuahuas games before the general public.  For more information, call or text an Account Executive us at (915) 533-BASE (2273)..