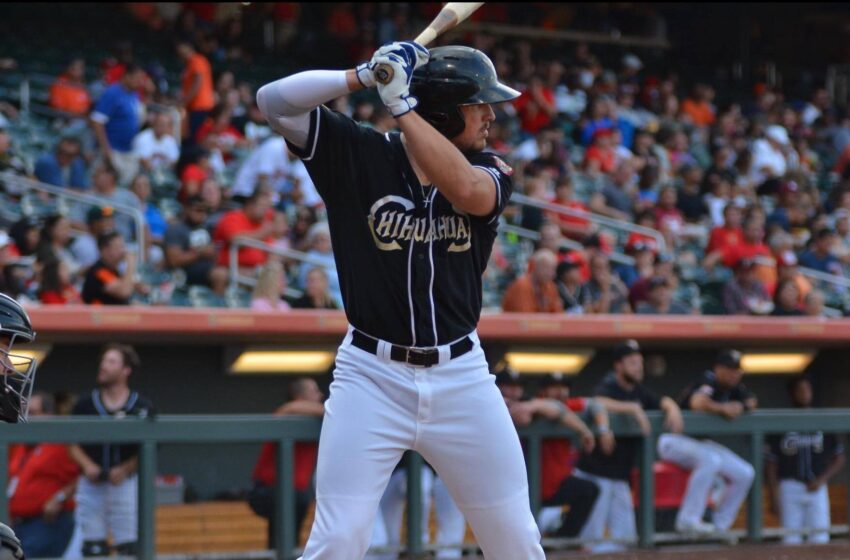 ROUND ROCK, Texas – El Paso outfielder Hunter Renfroe and Nashville right-hander Ben Bracewell have been tabbed the Pacific Coast League’s Player and Pitcher of the Week for the period of August 21-27, the League office announced Monday.

In his first six games with the Chihuahuas this season, the reigning PCL MVP posted a .524/.583/1.000 (AVG/OBP/OPS) slash line. Renfroe compiled 11 hits, seven of which went for extra bases, a PCL weekly-best. He also topped the league with eight runs scored, while totaling 21 bases.

Renfroe, who had hits in all six games, fell a home run shy of the cycle in his first game of the week, which was also his first since getting optioned. He had three hits, two runs and a RBI against Tacoma on August 21.

The Mississippi native added a three-hit, three-run game on August 24 in a series opener against Sacramento. A game later, he ripped his first home run of the Triple-A season, a two-run shot. Renfroe finished his week’s performance with a two-double, two-RBI effort in an eventual walk-off win.

Bracewell, a three-year college teammate of Renfroe’s at Mississippi State, pitched 13 shutout innings, allowing only seven hits, with 10 strikeouts against just two walks. Bracewell started his week with six scoreless innings against Iowa on August 21; he retired 17 of the 21 hitters he faced, scattering four hits, with five strikeouts and no walks.

The Alabama native then tossed seven shutout innings in a win against Round Rock on August 27. Bracewell limited the Express to three singles and two walks, while getting two double plays, in his 95-pitch effort.

The 26-year-old began his professional career with the non-affiliated River City Rascals of the Frontier League after going undrafted out of college. Bracewell made four starts for the Rascals before signing with the  Athletics in July 2014. He has worked his way through the A’s farm system compiling a 22-9 record with a 3.81 ERA in 267 innings.