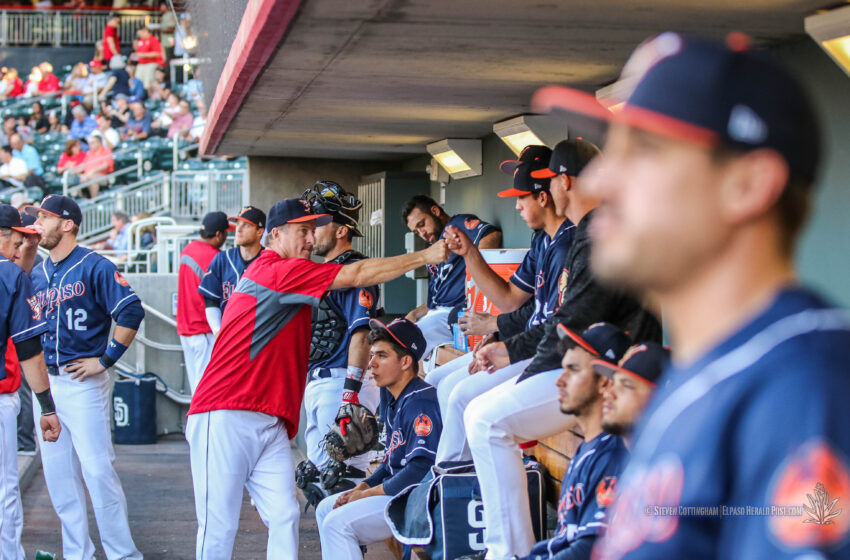 The El Paso Chihuahuas scored five runs in the bottom of the eighth inning to break a late tie and beat the Salt Lake Bees 7-2.

Brett Kennedy had another strong start for El Paso, striking out nine and allowing only one earned run in 5.2 innings of work. Kennedy’s ERA is 1.29 after five starts this season.

Travis Jankowski went 2-for-3 with two walks and has reached base in 19 of his last 24 plate appearances.

Raffy Lopez hit a 3-0 pitch over the right field fence in the fourth inning, his second homer in as many nights. The Chihuahuas and Bees have split the first four games of the series.