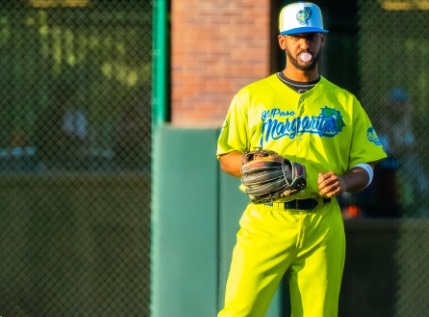 The Sugar Land Skeeters beat the El Paso Chihuahuas 9-2 Thursday in the resumption of the game that was suspended by rain on August 3 in Sugar Land.

The Chihuahuas finished the game as the visiting team in Southwest University Park.

Skeeters pitcher Shawn Dubin began the continuation of the game on Thursday and pitched 4.1 perfect innings, striking out 10.

El Paso’s Brian O’Grady hit a solo home run for in the top of the ninth inning and he now has 11 homers in Triple-A games this season.

The Chihuahuas collected 14 hits in their 11-6 win in the regularly scheduled game Thursday. El Paso shortstop Matthew Batten reached base four times, going 3-for-3 with a walk and two RBIs.

El Paso’s Jose Azocar had a single in the fourth inning, moving his career-high hitting streak to 14 games. Luis Campusano led off for the first time this season for the Dogs.