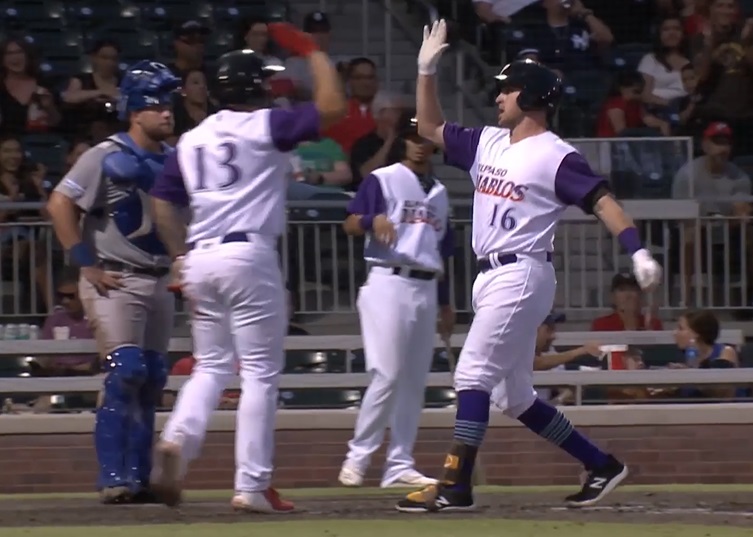 FILE: Patrick Kivlehan (16) gets props after his home run in the 4th, the shot makes it the team leading 11th Home Run | Clip courtesy EP Chihuahuas

The Chihuahuas won two of the six games against the Skeeters.

Chihuahuas leadoff hitter Tucupita Marcano went 2-for-4 with a home run, his fourth of the series, and three RBIs. Marcano now has eight extra-base hits in his last 11 games.