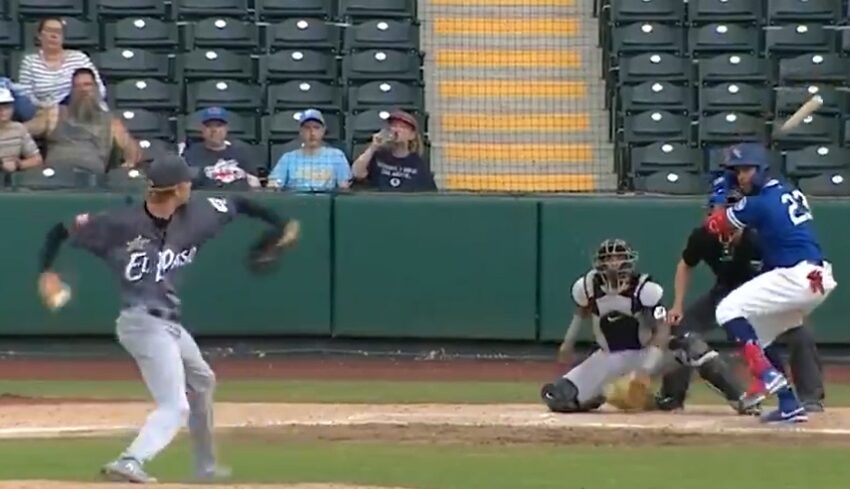 The Chihuahuas have won two in a row and four of their last six games.

Luis Campusano reached base four times Sunday, going 3-for-4 with a double and a walk. It was Campusano’s second three-hit game in his last four games.

Gosuke Katoh reached base three times and moved his hitting streak to eight games. El Paso starter Jerry Keel struck out six batters Sunday and has 18 Ks in 12.1 innings against the Dodgers this season.

The Chihuahuas made an error Sunday, which ended a streak of five consecutive errorless games. El Paso’s 18 errors are the fewest in Triple-A West.

The Chihuahuas are now 3-0 in day games this season.

The strikeout that secured @SamMcWilliams3‘s first professional career save! pic.twitter.com/OtA0XYEIki