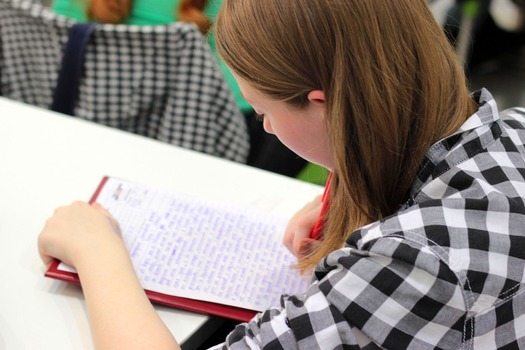 FE, N.M. – Children’s advocates say they are deeply disappointed with the 2017 state budget approved last week by the New Mexico Legislature. Lawmakers passed a $6.2 billion budget that includes no new funding for public schools, Medicaid, child-protective services and other key programs for children and families.

“What’s happened is we have cut taxes repeatedly over the last decade, and that has caused us to become overly reliant on gas and oil to keep the state afloat,” says Jordan. “And then when the prices dropped, we were left with a deficit.”

He says the budget failed to completely fund Medicaid, under-funded schools, and has brought the pre-Kindergarten program to a standstill.

Jordan adds the Legislature continues to cut taxes for out-of-state corporations doing business in New Mexico, while it failed to pass any of several proposals that would have brought in new revenue.

“We’ve got a real challenge on our hands,” says Jordan. “I think the rest of the country is moving forward, their economies are growing, and we’ve dug ourselves in a hole. We need to stop digging and lift ourselves up.”

He says New Mexico already has the highest rate of child poverty and the worst job-growth rate in the nation.

With 2016 being an election year, he’s hopeful the next Legislature will take the long view and see the need to fund services to benefit children and families.