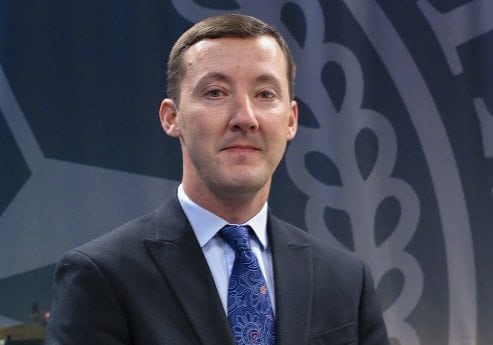 On Tuesday, the City of El Paso anounced the appointment of Robert Cortinas as Chief Financial Officer, effective immediately.

“Mr. Cortinas has gained valuable knowledge in operations and finance during his time with the City,” said City Manager Tommy Gonzalez. “I am confident he will continue doing an excellent job in maintaining continuity in financial operations and reporting.”

Cortinas had previously served as the Interim Director of Municipal Financial Services. He will continue overseeing the Office of Management and Budget, the Tax Office, and the Comptroller’s Office.

Cortinas obtained his Master of Business Administration from the University of Texas at El Paso, was inducted into the Beta Gamma Sigma Honor Society and was an All-American Scholar.