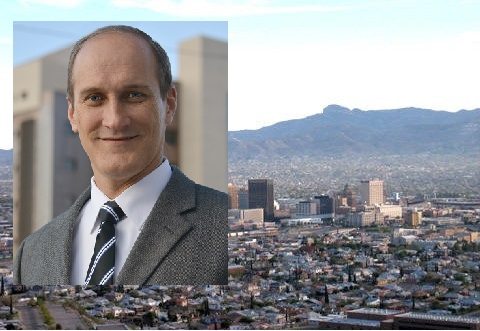 The City of El Paso is pleased to announce the promotion of Cary Westin as the new Deputy City Manager for Economic Development and Tourism. Westin will take on his new role effective immediately.

Westin has been with the City of El Paso since 2014 and most recently served as the Managing Director of Economic and International Development where he was responsible for business growth, business attraction and retention.

“Mr. Westin is a proven leader who has had a major impact in the success of our City,” said City Manager Tommy Gonzalez. “I am confident that he will continue to thrive in this new role and grow the successes of the departments he oversees.”

The appointment of this key position is solidifying the City of El Paso’s executive leadership team. The City of El Paso earlier this year established the Public Works and Transportation team led by Deputy City Manager Khalil Zaied, who manages the departments of Capital Improvement, Streets and Maintenance, Environmental Services and Mass Transit – Sun Metro, and serves as the liaison to the Metropolitan Planning Organization, the Camino Real Regional Mobility Authority and utilities.

Prior to joining the City, Westin spent three years with the Borderplex Alliance and the El Paso Regional Economic Development Corporation as Vice President of Business Development for the Defense and Clean Technology sectors, responsible for attracting new industry to the region.

Before that he worked for Aerospace Missions Corporation as Vice President for Business Development, supporting key technology research and development projects.

Westin earned a Master of Strategic Studies at the U.S. Army War College in Carlisle, Pennsylvania in 2006. He also holds a BA (English) from the Virginia Military Institute, Lexington, Virginia.

The City of El Paso will begin looking for a new Economic & International Development director in the coming weeks.