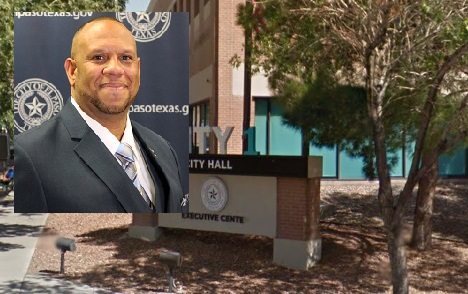 Williams, a veteran himself, has proudly served his country for many years. He enlisted into the United States Army in 1991 where he served in many capacities during his tenure, which included roles as an Indirect Fire Infantryman, Psychological Operations Specialist, and Human Resources Specialist.

In his most recent capacity, Williams serves as the Military Veterans Peer Network Coordinator with Emergence Health Network, the mental health authority in the El Paso region. In this role, Mr. Williams has developed projects that are designed to assist veterans and their families.

It is this prior experience and leadership that has made Mr. Williams the top selection for the position of Veteran Affairs Liaison with the City of El Paso. He has accepted the position and is expected to start in mid-April.

The City in recent years has focused its efforts on our veteran community by creating new initiatives in honor of our heroes. In addition to the Military Affairs Liaison position, the City has also brought on other veteran specific initiatives.

Veterans Affairs Advisory Committee – This committee was formed to serve as a source of information related to the status, resources and services available within the El Paso community to the City’s large veteran population. In addition, the committee is asked to evaluate and recommend programs, policies and practices designed to alleviate veterans’ difficulties in meeting basic needs related to transportation, housing, employment and other areas affecting veterans.

Annual Veteran City Employee Luncheon – Knowing that veterans are living and working all around us, the City of El Paso has started a new tradition, a Veterans Day Luncheon for its more than 600 employees who are proud veterans. This luncheon allows City leaders to thank our veterans not only for their service to the City of El Paso, but also for their service to our Country.

Veteran Employment Incentive – In 2015, City Council approved an update to its economic development incentive policy which includes a bonus rebate (property or sales tax) for companies that actively employ veterans (15% of their workforce) and establish a formal veteran hiring program.

Editor’s Note: Information given to us by the city was incorrect; Mr. Williams has not yet retired from the Army and his rank is First Sergeant. The story has been updated to reflect the correct information.