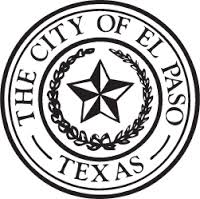 Recently, the City of El Paso’s Planning and Inspections Department set out to find efficiencies in the way the Department responds and processes zoning related cases. Common zoning cases include: sidewalk repairs, rockwall repairs, land use, and residential storage violations.

By using Lean Six Sigma methodologies, staff has greatly reduced inspector response times to these types of cases. As a result, the City will save more than $390,000 annually in staff time while also improving the workload capacity of inspectors, allowing them to process four times the amount of cases.

During their assessment, staff found that zoning cases regularly required multiple visits and were conducted in an unstandardized method. This approach not only resulted in excessive staff time being used, but also lengthy processing times.

In order to address these issues, several process improvement were implemented with the goal of improving service to the public, reducing costs, improving case workload capacity and improving the visual image of the city.

As a result of the assessment and solutions put in place, response times to zoning related cases have dropped by 65%. Before changes were implemented, it would take staff on average about five days to respond to a case. It now takes less than two days. Improvement was also made in the time it takes to close a case.

Prior to the changes processing times would average about 17 days, it now takes less than 15 days.

With inspection staff now able to respond to cases much quicker, case load capacity has drastically improved, allowing staff to process 2,664 cases per year. Prior to the process improvements staff had the capacity to only process 639 cases each year.

It is estimated that the process improvements will save the City $394,214 each year.

“These latest process improvements are another example of the City’s ongoing efforts to improve our services and reduce unnecessary cost,” said City Manager Tommy Gonzalez. “Similar efficiencies have already been implemented in other City departments; we have improved processes on pothole and irrigation repairs, and also reduced the time it takes to process and receive Parks Department permits. Together, the efficiencies combined will save the City more than $700,000.”

The Lean Six Sigma efforts of the Planning and Inspections Department support the City’s strategic goal to set the standard for sound governance and fiscal management.