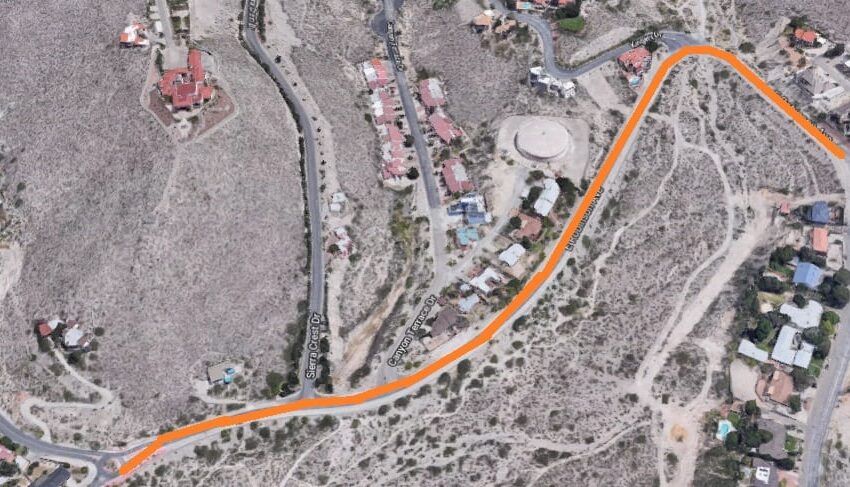 City Council voted Tuesday to terminate its contract with Saab Site Contractors in an effort to advance the Robinson Avenue reconstruction project which has experienced “significant setbacks.”

“The contactor had been given ample time to comply with the contract agreement. The action taken today by the City is necessary to complete these street improvements, which should have been completed in 2017. We owe it to the community to get the work done,” City of El Paso Capital Improvement Department Director Sam Rodriguez said.

Council’s vote enables the City of El Paso’s Capital Improvement Department to coordinate the completion with the surety company that bonded the project.

Construction on the Robinson reconstruction project began in 2016. Robinson from Piedmont Drive to Rim Road/Scenic Drive was programmed to receive a new concrete driving surface and drainage improvements.

The approximate $2.7 million project is funded through the 2012 Street Capital Infrastructure Plan.

In addition to a new roadway surface and drainage improvements, the Robinson reconstruction project aims to introduce a multi-modal transportation element, with a hike and bike path which will allow for users to have a safe path as they are able to enjoy the beauty of Billy Rogers Arroyo, the Franklin Mountains, and the views off of Scenic Drive.

Native trees and landscaping will also enhance the experience of all users. Safety illumination is also included as part of the project at the intersections.

The next steps in the project are to engage the surety company and take any necessary actions required to secure the site until resumption of work.

Project completion is anticipated by the fall of 2018.

Video+Info: Work Begins on I-10 Connector; Other...