“We are hosting a town hall because we want the public to know where their tax dollars are going,” City of El Paso Chief Financial Officer Robert Cortinas said.

The proposed All Funds Budget for FY2021 is approximately $977 million, a decrease of approximately $69 million from current budget. The reductions are primarily attributed to deferring nonessential capital projects, departments reducing operation costs, and focusing on basic services.

“We believe we have developed a budget that is fiscally responsible and responsive to the community’s needs,” Cortinas said. “It really does incorporate what homeowners and businesses told us was important to them while addressing the financial challenges created by the pandemic.”

According to city officials, the proposed budget is based on maintaining the tax rate at $0.907 per $100 of property valuation. The average value of a single family home increased only slightly, by less than 1 percent.

Other key topics to be discussed at the virtual town hall include:

The public may participate in the virtual session via telephone or online by entering the Conference ID 524 559 903# at:

City Council will host a public hearing on August 11, and is expected to adopt the new budget on August 18, 2020. The new fiscal year starts September 1, 2020. 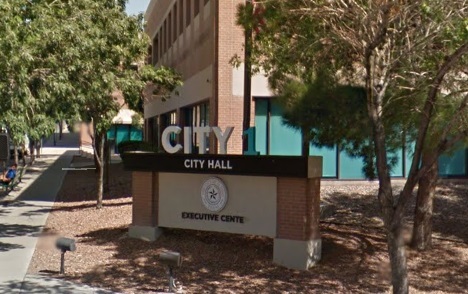