Salgad – flanked by his paretents – was raised in El Paso and holds dual citizenship in the US and Mexico, was active in youth soccer in the Sun City, playing for the Texas Fire Soccer Club. He attended St. Joseph School and Cathedral High School. | Photo by Alicia Renteria

At a Wednesday news conference, Officials with El Paso USL announced that Omar Salgado has signed as the first player of the newly launched club, owned by MountainStar Sports Group (MSSG).

Salgado will be part of the inaugural 2019 squad with El Paso USL, which is one of four teams to join USL for the 2019 season.

“We are thrilled for Omar to join the team and be the first ever El Paso USL player.  He is a terrific young man who I believe will be a tremendous asset both on the field and in the community — the community he grew up in — and he is excited to return to as a professional soccer player,” said Andrew Forrest, General Manager of El Paso USL.

Salgado was raised in El Paso and holds dual citizenship in the United States and Mexico. The striker was active in youth soccer in the Sun City, playing for the Texas Fire Soccer Club. Salgado attended St. Joseph School and Cathedral High School.

The terms of Salgado’s contract with El Paso USL include his being loaned to Las Vegas Lights FC for the remainder of the 2018 season. The signing and loan are pending league and federation approval.

Salgado, who plays as a Forward, comes to El Paso USL with an impressive background, having played for both the United States U20 and U23 National Teams, and in both Major League Soccer and Liga MX. Previously the No. 1 selection in the 2011 MLS SuperDraft by Vancouver Whitecaps FC, Salgado has also spent time training with multiple English Premier League clubs.

“We are proud to welcome Omar home as the very first player of the very first El Paso USL team.  This is El Paso’s team and nothing symbolizes that more than bringing a true El Pasoan on board as our first signing,” said Josh Hunt, Chairman and CEO of MountainStar Sports Group.

“This was a remarkable opportunity for us to sign a world-class player with international experience whose roots are firmly planted in El Paso.  Omar is a wonderful person who will represent El Paso well both on and off the pitch,” said Alan Ledford, President of MountainStar Sports Group.  “We are happy to welcome him home.”

With Chivas, he scored seven goals in 10 appearances and was named Player of the Tournament in South America’s U-17 Copa Liberatores competition. Salgado left Chivas when he accepted a call-up for the United States U-20 team, and also has represented the United States at the U-17, U-18, and U-23 levels.

Salgado, now 24, was selected first overall in the 2011 MLS SuperDraft by the Vancouver Whitecaps FC after training with current English Premier League sides Everton FC and Fulham FC. He started in four of his first 14 appearances as a rookie, scoring Vancouver’s lone goal in his first start against the Columbus Crew.

The striker suffered two fractured foot injuries in 2012 and 2013, the second of which sidelined Salgado for the entire 2013 MLS season. After a successful loan to USL club Charleston Battery in 2014, the striker was recalled by the Whitecaps first team before being traded to New York City FC and purchased by Tigres UANL of Liga MX three weeks later at the end of that year. 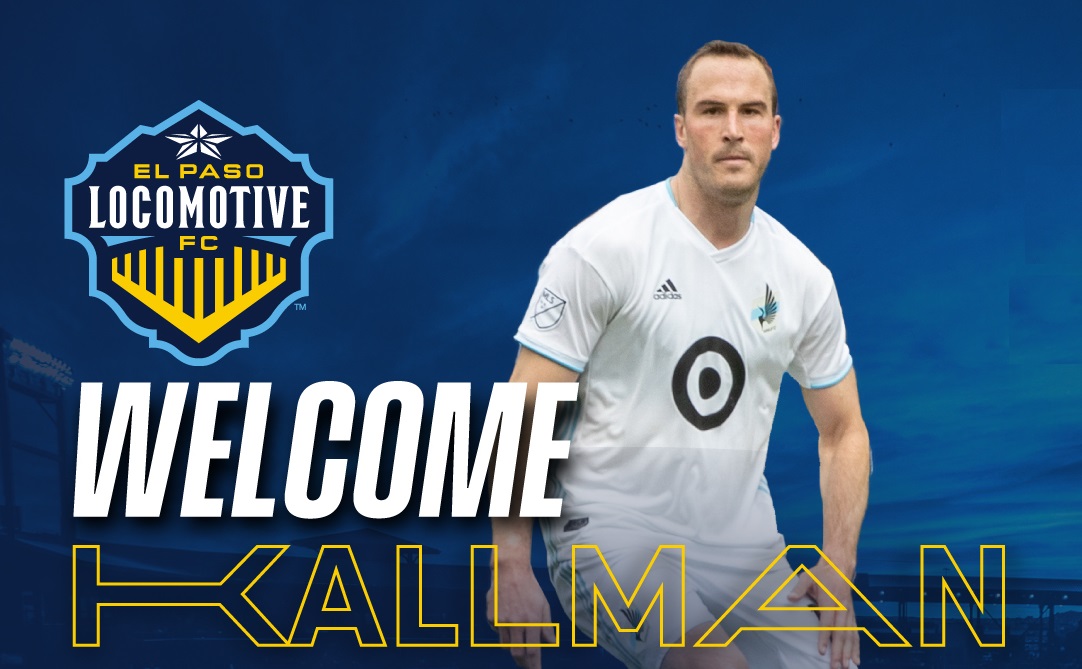 Locomotive FC to continue play with no...