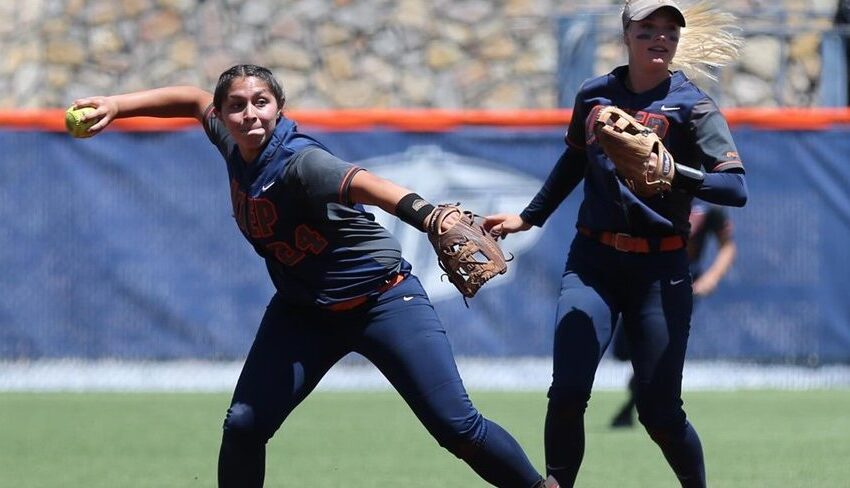 IRVING, Texas – After the UTEP softball team ended the season on a high note with a sweep of Conference USA power LA Tech, the Miners keep making positive news as Courtney Clayton was named All-C-USA first team, while freshman Ariana Valles earned a spot on the C-USA All-Freshman team as voted by the league coaches and announced by league officials on Tuesday.

For Clayton, it’s her second first team honor as she produced great numbers in her final season. Clayton ranks second in C-USA with a .413 batting average, while leading the Miners in that department. Clayton also paced the squad in hits (71), which ranks third most during a single-season.

Clayton is also the only Miner in program history to produce 70-plus hits during a single season multiple times (79 hits in 2016 is a school record). Clayton was named C-USA Player of the Year and first team in 2016.

Clayton came up clutch in the final weekend, hitting .700 (7-10) during the sweep of LA Tech, while registering six runs, a home run and three RBI. Clayton’s numbers in C-USA only games were especially high after hitting .449 with four dingers, 17 RBI, 18 runs, eight doubles and a triple in 24 league games.

Valles, a native of El Paso and Chapin High School graduate, started in all 54 games at the shortstop position, while leading the Miners with 104 assists. Her season assists rank tied for seventh during a single season in program history. Valles also recorded 102 putouts.

Offensively, Valles was solid, ranking third on the team with 24 RBI and tied for second on the squad with 10 doubles. Valles tallied two triples, scored 20 runs and hit .255 (38-149).

Valles gave Miner fans a glimpse of the future as she made spectacular defensive plays and being part of 10 double plays turned. Valles turned in a career-high three RBI on a bases-clearing double at WKU (April 8). Her breakout moment came against New Mexico on Feb. 17 when she tripled in two runs in the bottom fifth to clinch an 8-0 run-rule win during a combined no-hit effort. It was Valles’s first career RBI and triple.

Valles recorded her first hit and run scored during a win against Saint Mary’s College on Feb. 10. At UNLV, Valles produced a career high in hits (3-4) with two RBI, a double and a run scored during the 8-7 victory. She added a career-high six assists at UNLV and matched that total against Ole Miss on April 20.

During an April 14 sweep of North Texas, Valles recorded three hits, two RBI and scored four runs, including a career-high three runs in game two against the Mean Green.