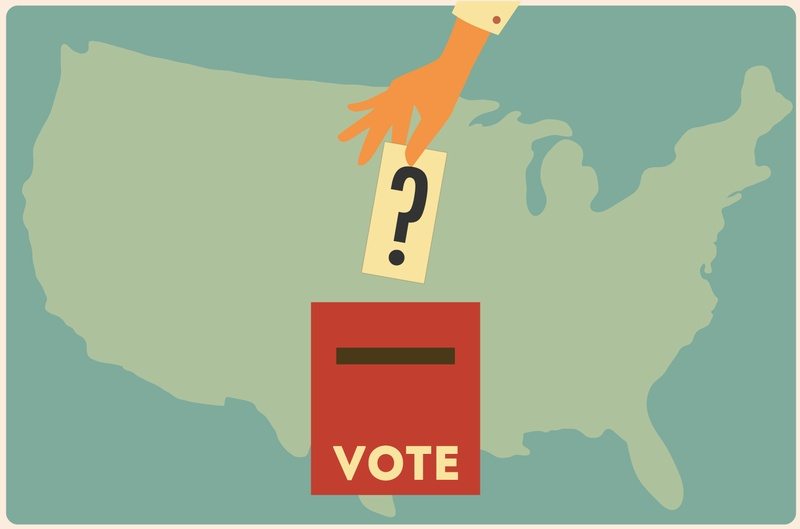 For someone who has followed the 2016 presidential race since its earliest days, the concept of an undecided voter might be hard to fathom.

Hillary Clinton declared her candidacy on April 12, 2015. Donald Trump threw his “Make America Great Again” hat down the golden escalator of Trump Tower and into the ring two months later. Since then, each has spent tens of millions of dollars on ads, endured thousands of hours of television coverage and elicited millions of words from print outlets. What more information could a voter be waiting for?

To many undecided voters in Texas, that question misses the point.

“I really can’t see myself voting for either Trump or Hillary,” Lorena Reyna, 27, of Austin said.

A self-described business Republican who voted twice for President Obama, Reyna says her voting decisions are not primarily driven by ideology. She wants to vote for a candidate whose positions are logical, consistent and transparent.

Reyna is not alone.

Polling has shown that both Trump and Clinton are historically unpopular, and both have been criticized for changing positions on major issues.

Republican Larry Lanclos, 53, a contract agent for Doyle Land Services Inc., said he too wants a principled leader in the Oval Office. A Ted Cruz supporter in 2016, Lanclos said he’s troubled by how Trump’s incendiary rhetoric has emboldened his white nationalist supporters. Lanclos, a resident of Victoria, can’t see voting for Clinton “or probably any other Democrat.” He will probably leave the top of the ballot blank this November.

Some undecided voters are merely fed up with the two-party system.

Arlan Foster, 64, a retired law enforcement officer from Dayton who ran for the Texas House in 2008 as a Democrat, said he voted for Donald Trump in the 2016 Texas Republican primary mainly to mess with the professional political class.

“I wanted to see what they were gonna do with that crazy bastard,” he said.

Foster said he liked Trump’s plainspoken rhetorical style but can’t see backing the billionaire in the general election. He says Trump is too unpredictable.

“He’s liable to be like Eisenhower, and we’ll be back doing the duck-and-cover drills,” he said. “If it wasn’t for that part, I don’t think anybody would have a problem with the guy.”

to address the concerns of nonpartisan citizens.

“Texas is largely independent. It’s populist,” the independent Cedar Park progressive said. “We’re a nonvoting state. Both parties need to work a lot harder if they want to represent us.”

Davis has written off Trump, but she’s struggling to choose between Clinton, whom she doesn’t trust, and Jill Stein, the Green Party candidate.

Many undecided voters expressed frustration at the personal attacks that have dominated the campaign’s news coverage.

Linda Curtis, who helped found Independent Texans, a PAC that champions independent candidates and causes important to the state’s unaffiliated voters, called the 2016 race a “slugfest.”

“Independent voters I know are like, ‘Gee, could we have a conversation?’” she said.

Fernando Martinez, a student at the University of Texas-El Paso, said he finds it hard to choose between Clinton, who he said is widely painted as a “liar,” and Trump, often called a “racist.” Martinez, a moderate, said he is leaning toward Clinton because of Trump’s harsh immigration proposals but remains undecided.

Some in Texas vote strategically, believing that the solidly red state is unlikely to turn a different color any time soon.

Lanclos said he would “have to think a lot harder” if he lived in a swing state where his vote were more likely to tip the balance away from Clinton. Davis said she’d probably vote for Clinton if Texas were close.

Reyna said when she votes, the horse race is not a factor.

“I don’t like the fearmongering around having to make a choice between the two,” she said. “I really would like to live in a country where both were great. Or decent.”

Read more of the Tribune’s coverage of the 2016 presidential election: