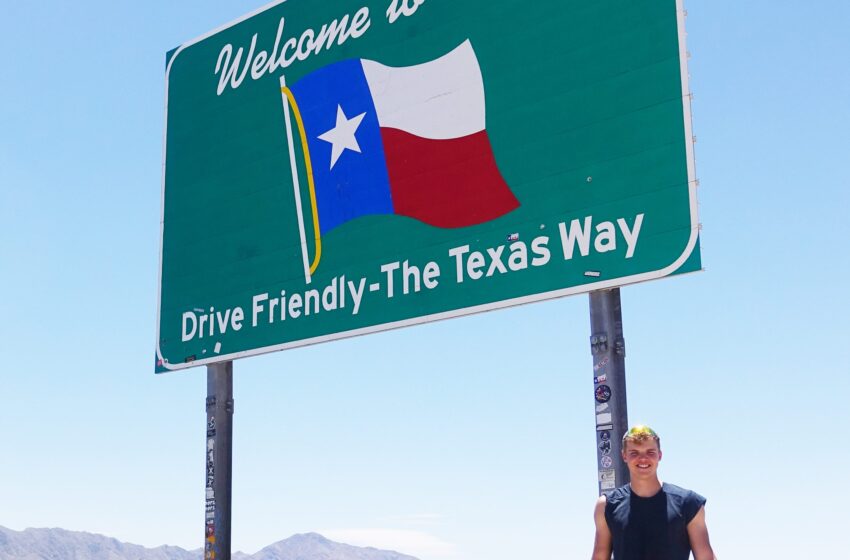 Along the way, he is raising money for rare cancer research through Memorial Sloan Kettering’s charity, Cycle for Survival.

Butler, a native of Mountainside, New Jersey, was a walk on to the Florida State University Football team but cycling is a relatively new endeavor for the soon to be 22-year-old. An exceptional all-around athlete, he played football, basketball and tennis at his high school and is always looking for his next challenge.

Last year, over spring break, Jensen was inspired and rode his bike 300 miles from Florida State’s campus in Tallahassee to Anna Maria, Florida.

After that, he knew he wanted to do more and set out planning for the 70+ day journey that will take him through El Paso this week and ultimately 13 states before finishing in Montauk, New York in mid -July.

Butler, who is riding solo and financing the trip himself, has a fundraising goal of $10,000 for Cycle for Survival and hopes to raise awareness about the charity which is the movement to beat rare cancers.

Cycle for Survival has raised over $180 million dollars in the past decade with every single dollar allocated to rare cancer research.

“With over 1.6 million new cancer cases diagnosed in 2017, approximately half of them were rare cancers so we all know someone who has been touched by rare cancer” said Butler. “Committing my ride to such a great cause while raising this money holds me accountable and motivates me to finish.”