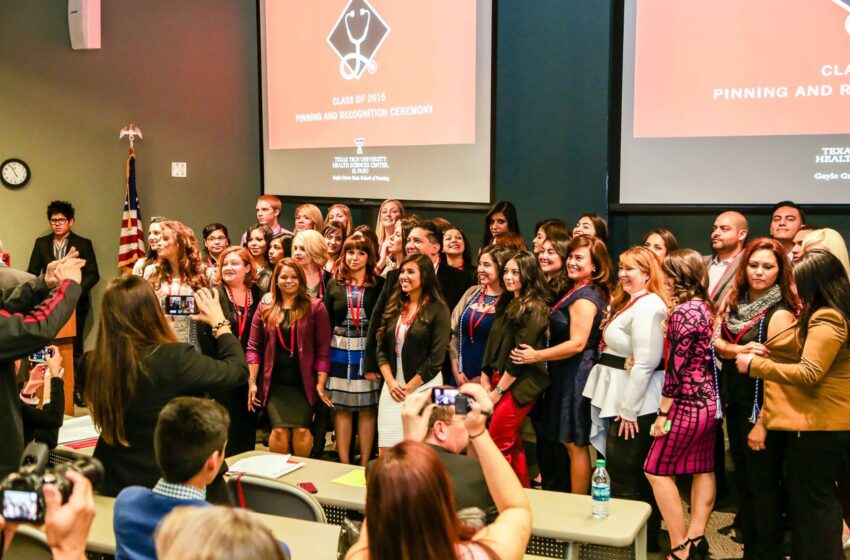 Forty-seven students who have completed TTUHSC El Paso’s Accelerated Bachelor of Science in Nursing (B.S.N.) program will be recognized during a commencement and pinning ceremony, alongside 20 registered nurses (R.N.s) who have completed the R.N. to B.S.N. program.

The event will include a pinning ceremony, a symbolic welcoming of newly graduated nurses into the nursing profession. New nurses will be presented with a nursing pin by a person of their choosing, usually a friend or family member.

This year’s graduating class represents a spectrum of age groups, with graduates ranging from 21 to 56 years old. The class is made up of 12 percent men and 88 percent women, and two students are active-duty members of the military.

Gayle Greve Hunt is the wife of Woody L. Hunt, chairman of the Woody and Gayle Hunt Family Foundation and CEO of Hunt Companies, which is headquartered in El Paso.

This is the fifth pinning ceremony for the GGHSON since TTUHSC El Paso became a standalone university in 2013.