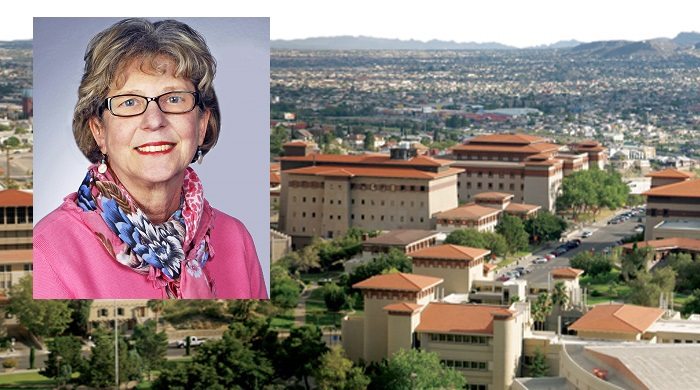 Zita Arocha, UTEP associate professor and director of Borderzine, has been selected for induction into the National Association of Hispanic Journalists (NAHJ) Hall of Fame.

The induction ceremony will take place Aug. 5, 2016 in Washington, D.C., during the NAHJ convention. NAHJ’s mission includes the recognition and professional advancement of Hispanics in the news industry.

“I see the work I’ve been doing at UTEP as a continuation of what I did at NAHJ,” said Arocha, who was NAHJ’s executive director from 1993-97. “It’s about the importance of nurturing young talent and making sure they have the skills to work in the newsroom.”

“Zita has been the soul of NAHJ and continues to be a beacon for diversity and journalism,” said Mekahlo Medina, NAHJ president. “Zita not only helped lead NAHJ in its early days, but she has been committed to training and developing hundreds, if not thousands, of Latino journalists. She has been a leader in journalism on the border, developing a platform for stories that are uniquely situated for the region and necessary for the country and world.”

Borderzine is a bilingual journalism training program based at UTEP that prepares Hispanic college journalists for jobs in 21st century newsrooms. Since 2008, Borderzine has published more than 1,000 stories about life on both sides of the border.

In addition to being the director of Borderzine, Arocha has been a faculty member in the Department of Communication at UTEP since 2004.

For more than 20 years, Arocha worked as a reporter for The Washington Post, The Miami Herald, The Miami News and The Tampa Times.

She was training coordinator for the Freedom Forum’s Chips Quinn Scholars Program from 2000-02.