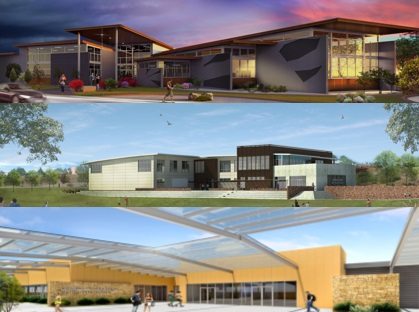 The City of El Paso’s Capital Improvement Department has scheduled three community meetings to update the public on the progress of three community recreation centers currently in design.

The centers will be constructed at the following locations:

The Chamizal and Alameda Community Centers will include a library combo component, which will allow the public to drop off, pick up and order books, as well as utilize other library resources such as computers.

At the meeting, City staff will be on hand to receive input on the public art portion of the project, and will present the design plans for the project.

The meetings will be held on the following dates, times and locations: