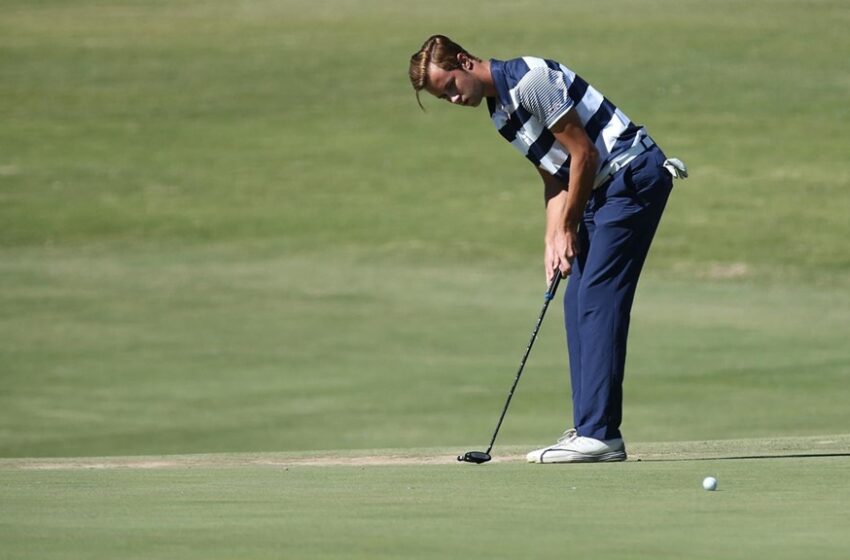 STOCKTON, Ca. – Charles Corner mirrored his round one score, firing a blistering round of 69 for a 6-under 138 (69-69) tournament total and a share of sixth place after round two of the NCAA Pacific Regional at The Reserve at Spanos Park (par 72/7,239 yards) in Stockton on Tuesday.

Corner trails only Norman Xiong, the No. 5 ranked player in the nation out of Oregon, in the fight for the low-individual advancement to the national championship, as Alabama (-14), Iowa State (-14), Kansas (-13), Stanford (-8), and TCU (-7) make the top-5 of the field.

Xiong is three strokes ahead of Corner with a 9-under 135 (68-67) score and sole possession of second place. The third and final round will begin tomorrow morning, Corner will tee off at 10:04 a.m. PT.

The low five teams and the low individual not on those teams from each regional will advance to the finals May 25-30 at Karsten Creek Golf Club in Stillwater, Ok.

Corner stayed even-par through three holes to start his round before his first birdie on hole No. 4. He would pick up three more on the back-nine and only bogey once for his stellar round.

The Canada product is tied for second in the field in Par 3 scoring (2.88 Avg./-1 Sc.) and third in Par 4 scoring (3.90 Avg./-2 Sc.) while bringing his birdie total to eight. Corner has collected 26 pars and has only bogeyed twice in the tournament.

Live stats for the last round of the regional are available at www.golfstat.com.