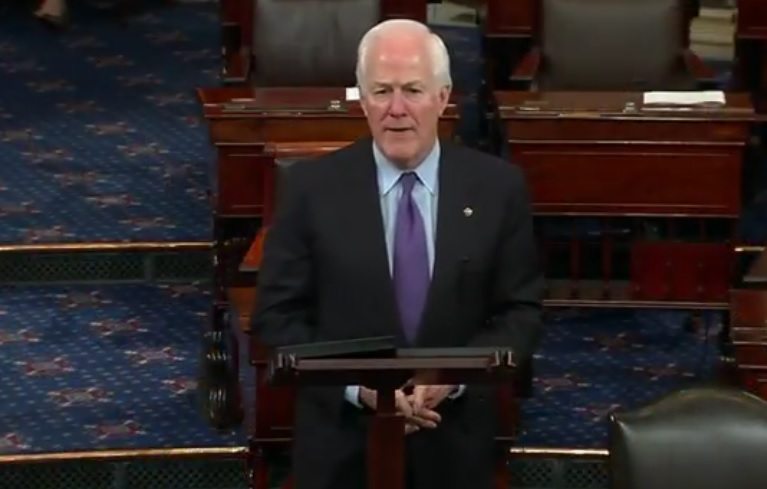 Friday, on the Senate floor, U.S. Senator John Cornyn (R-TX) reacted to Thursday night’s airstrikes in Syria. Excerpts of Sen. Cornyn’s remarks are below and video of his remarks can be found here.

“I’d like to start briefly by mentioning the horrific chemical attack on innocent civilians in Syria earlier this week. It was nothing short of evil, and I stand shoulder to shoulder with the Administration in condemning this brutality. Again we see Bashar al-Assad crossing a line, a line drawn and then ignored by the Obama Administration. The United States and the world community simply can’t stand idly while Syria continues crimes against humanity.”

“That’s why last night the Administration responded quickly and proportionately, and I commend the President and his national security team for acting decisively and sending a clear message to Assad and our allies.”

“I stand ready to work with the President and his Administration on a unified strategy to defeat Assad’s barbarism and to work toward greater stability in Syria and throughout the region.”