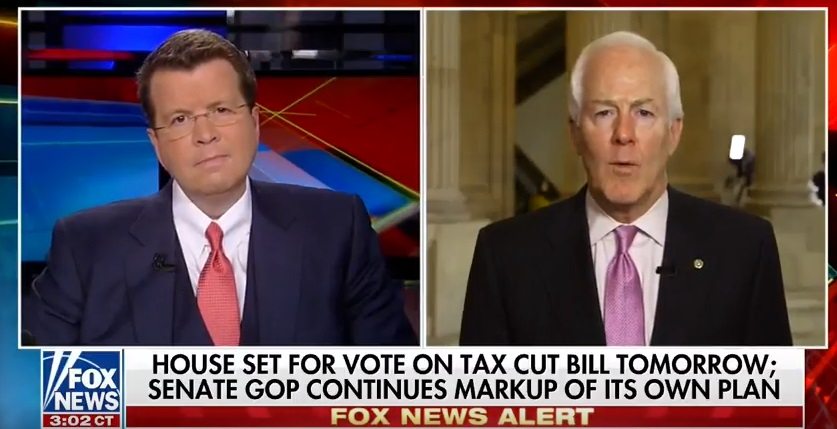 Excerpts from his appearance are below, and video can be found above.

“Repealing the regressive individual mandate tax, which is primarily paid by low-income Americans, does provide additional revenue for us to use to bring down middle class tax rates.”

“We can make the individual tax cuts permanent if our Democratic colleagues would join us in trying to pass a bipartisan bill, but they made it pretty clear that they have no interest in that, so we’re stuck with just doing it for the ten-year budget window using this process.”

“We do provide a tax rate cut. And you’re right, we do repeal the deductibility of state and local taxes… If we can, by eliminating the state and local tax deduction, we can get rates lower and the economy going again, then everybody benefits.”

“What we’re told is that because of lower tax rates in countries like Ireland, that this is causing those companies to move their headquarters offshore and make investments there… We want to provide every incentive to bring that money here to make those investments here and to create jobs here.”