WASHINGTON –U.S. Senator John Cornyn (R-TX) today on the Senate floor underscored the need for pro-growth tax reform in advance of the release of Wednesday’s blueprint from the Administration. Excerpts of Sen. Cornyn’s remarks are below, and video of his remarks can be found here.

“As we look ahead to big-ticket items that we all want to make progress on, I’m committed to continuing to work with all of our colleagues and the Administration in doing all we can to help keep small businesses, family farmers, and entrepreneurs, to help them spend more time doing productive work and less time doing busy work mandated by the bureaucrats here in Washington, D.C. One of the areas that is one of those big-ticket items is tax reform.”

“I look forward to reviewing the proposal that the President has made. There’s no question there’s a lot of room for reforming our tax code.”

“We know our tax code is way too complicated. It’s riddled with loopholes, inconsistencies, and provisions that impede job creation. Pro-growth tax reform should be our goal, and it’s something that’s united Republicans and Democrats in the past, and there is no reason why we shouldn’t be united again in accomplishing that tax reform.”

“So I look forward to hearing more about the President’s proposal, and I applaud him for making a bold statement about the direction we ought to go. Now is finally the time to address it.”

“All of these efforts, tax reform, rolling back unnecessary regulations and rules, and providing a better environment for businesses to thrive are vital to getting our economy back on track and away from years of stagnant growth we saw under President Obama.” 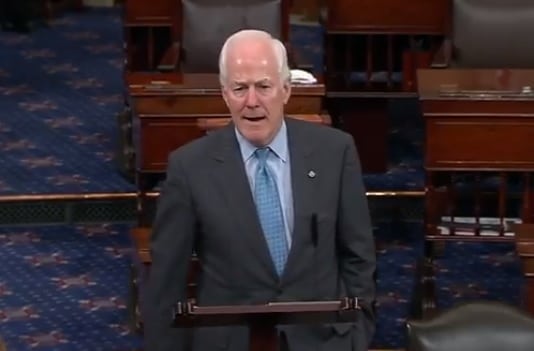