A decision last month by a federal judge in Illinois undercutting a major tool the federal government uses to deport criminal immigrants could ripple across the country, changing how local jails hold people thought to be in the country illegally.

On September 30, U.S. District Judge John Z. Lee ruled that the Department of Homeland Security’s use of detainers — formal requests from federal immigration authorities for a local jail to hold non-citizen inmates — exceeds its legal authority.

U.S. Immigration and Customs Enforcement generally issues the requests when it thinks someone being held on local or state charges might also be deportable for violating the country’s immigration law. When it receives a detainer on one of its inmates, a local jail typically holds that person beyond the time it ordinarily would, usually 48 hours, giving federal authorities a chance to come get them.

Lee ruled that the detainers were “void” because “immigration detainers issued under ICE’s detention program seek to detain subjects without a warrant — even in the absence of a determination by ICE that the subjects are likely to escape before a warrant can be obtained.”

Lee’s decision applies to Illinois, Indiana, Kansas, Kentucky, Missouri, Wisconsin and some detainers issued in about two dozen more states, according to the National Immigrant Justice Center. But the ruling’s impact could expand if it is upheld by appellate courts or spurs copycat lawsuits in other states.

Jackie Watson, an Austin-based immigration attorney and immediate past chair of the Texas chapter of American Immigration Lawyers Association, said ICE can still request detainers under Lee’s ruling but that it needs to show probable cause and request a warrant.

Though the ruling is narrow in scope, it could prompt Texans to sue in pursuit of a similar outcome, she said.

“It certainly gives jurisdictions that may be hesitant to cooperate with ICE detainers some legal backing if they say, “Look, we don’t want the liability of holding people for you if federal courts are going to find this unconstitutional,’” she said.

The case was brought by Jose Jimenez Moreno, a U.S. citizen from Illinois, and Maria Jose Lopez, a lawful permanent resident in Florida. Both were being held on unrelated criminal charges when ICE placed detainers on them.

Asked about the ruling and its possible repercussions, for ICE offices in Texas, a spokesperson for the agency field office in San Antonio said it is “reviewing the court ruling to determine its course of action.”

Lee’s decision comes at a time when Dallas and Travis counties have been at the center of controversy, with Republican lawmakers questioning whether the jails in those jurisdictions honor, or will continue to honor, immigration detainer requests.

As part of her campaign for Travis County Sheriff, Constable Sally Hernandez has promised to remove ICE agents from the jail, a position that has drawn criticism from Joe Martinez, her Republican opponent, and the current sheriff, Democrat Greg Hamilton.

Activists in Travis County have for years urged the county to end its program of honoring ICE detainers. In 2014, more than 100 attorneys and professors warned local lawmakers that continued participation in the program could expose the county to legal liabilities.

Late last year Gov. Greg Abbott rebuked Dallas County Sheriff Lupe Valdez after she said she works with ICE on a case-by-case basis. Valdez later told lawmakers that she hadn’t declined any detainers and that her comments were taken out of context.

immigration status. A Texas Tribune analysis of ICE data found that between January 2014 and September 2015, jails declined to honor the requests 146 times. That’s less than 1 percent of the 18,646 detainers declined across the country during the same time frame.

Abbott and Lt. Gov. Dan Patrick have still pledged to pass legislation that eliminates “sanctuary cities” — the common term for local governments that refuse to cooperate with immigration agents or enforce immigration laws. But a ruling similar to Lee’s applied Texas could make the issue moot.

“Now, even in cases where aliens are incarcerated and they’re serving time, these holds are being attacked,” he said. “In all areas of federal and state law enforcement cooperation, these agencies are expected by taxpayers and the public to work together. And whether it’s a binding legal requirement or, as a matter of courtesy, a 24-hour, 48-hour civil immigration hold is a long term practice for noncitizens.”

Watson said the federal government can appeal Lee’s ruling, and that could pave the way for the U.S. Supreme Court to finally settle the matter.

Stein didn’t want to predict what the high court might do but said in his opinion it’s clear that ICE has the ability to continue the current immigration practices.

“It doesn’t say there has to be any judicial interaction because ICE is carrying out civil law enforcement,” he said. But he added that, if necessary, Congress could always pass legislation to make certain ICE retains the authority.

“The Supreme Court always has the right to find new constitutional rights depending on what it had for dinner the night before,” he said. “But if you assume that the basic principle that immigration enforcement is a civil matter and that Congress retains the authority to stipulate what the procedural requirement’s are, this ought to be a slam dunk.” 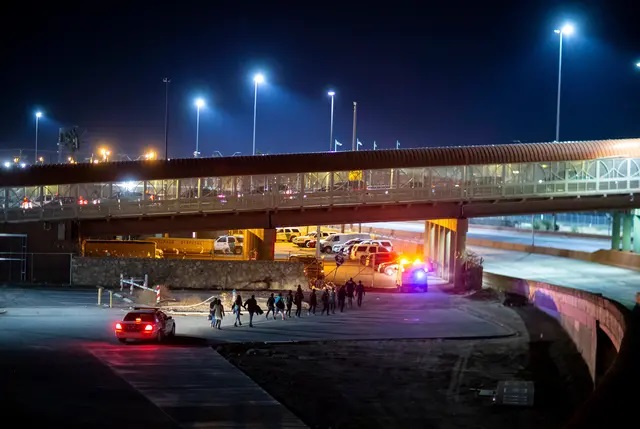