Twinkling holiday lights cast a warm glow and Christmas carols blare from speakers at the Outlet Shoppes of El Paso. But in these pandemic times, something is missing from the traditional holiday scene on the border: shoppers from Mexico.

“Yeah, it has affected us. Normally this time of year it’s a little more packed in the mall and everything,” said Lawnie Lazalde, an employee of Mr. C’s Toys,  a local business with a kiosk in the open-air mall.

Pre-COVID-19, he estimates Mexican shoppers accounted for half of Mr. C’s Toys sales. The pandemic is ravaging economies on both sides of the border during the most critical time for retailers, the holidays. The border has been closed to all but essential crossings since March, with entry into the United States largely restricted to its citizens and legal permanent residents.

University of Texas at El Paso economics Professor Tom Fullerton estimates shoppers from Mexico account for $1 billion in annual retail activity in El Paso. “There are large figures occurring in Laredo, McAllen and Brownsville as well,” he said.

“Casual day trips across the border into Texas are not occurring in 2020,” said Fullerton.  The losses will have consequences in the new year. “There are going to be a greater number of retail business closures in January than is usually the case in El Paso,” Fullerton said. That will also raise unemployment above what generally happens seasonally after the holidays, he said.

The impact of Mexican shoppers is evident in the Borderplex Economic Outlook to 2021 report authored by Fullerton in January, before the pandemic. The total pedestrian border crossings into El Paso were projected to reach nearly 7.5 million and total personal vehicle crossings were forecast to exceed 11.8 million before the pandemic.

But pandemic travel restrictions imposed under an agreement by the U.S. and Mexican governments in March and extended through Jan. 21 have led to a virtual shutdown of the border most of this year. Travel restrictions at land border crossings are allowed only for essential reasons including medical appointments, academic activities and work. Shopping is not on the list.

That’s translated into a bleak Christmas for El Paso retailers who traditionally rely on shoppers from Mexico. The impact is evident at the Outlet Shoppes of El Paso. Normally, there’s an overflow parking lot full of vehicles with license plates from Chihuahua, Durango, Coahuila and other states in northern Mexico during the busy holiday season that runs through Three Kings Day — Jan. 6 — in Mexico.

South El Paso Street depends heavily on Mexican shoppers who walk across the Downtown bridge. These days, there’s some incidental shopping by Mexican residents who pick up a few things while in El Paso for essential reasons.

Other Mexican families rely on relatives who live on the Texas side of the border, like Herinda Santillana. On a recent Saturday, the Fabens resident was shopping with her granddaughter over video chat. She used her phone to show the young woman different styles of boots on sale at a South El Paso store just a block from the international bridge.

“A lot of my family can’t come across right now. They can’t come to buy anything,” she said before resuming her search for the perfect pair of boots at the right price.

On the Mexican side of the border, the economic picture is even worse. Just across the Paso del Norte Bridge on Avenida Juárez, the shops and street vendors that cater to visitors from Texas are hurting.

“There ‘s nothing. No sales,” says Alberto Moreno, a roving street vendor. He wears a face mask that looks like a small Mexican flag and carries beautiful hand-woven tablecloths — usually big sellers for holiday gatherings. He estimates sales are down by as much as 90 percent.

U.S. citizens can cross into Mexico for essential reasons, but again not for shopping. A lot of small vendors are hanging by a thread.  “Either I die from the virus or I die of hunger,” Maria Velasquez said. She sells snacks from a small baby stroller she uses as a cart.

If she doesn’t work, her family doesn’t eat, she said. Velasquez is grateful she is able to work another day and relies on her faith to keep going.

This article first appeared on El Paso Matters and is republished here under a Creative Commons license.” data-src=”https://elpasomatters.org/?republication-pixel=true&post=8325&ga=UA-158587614-1″ /> 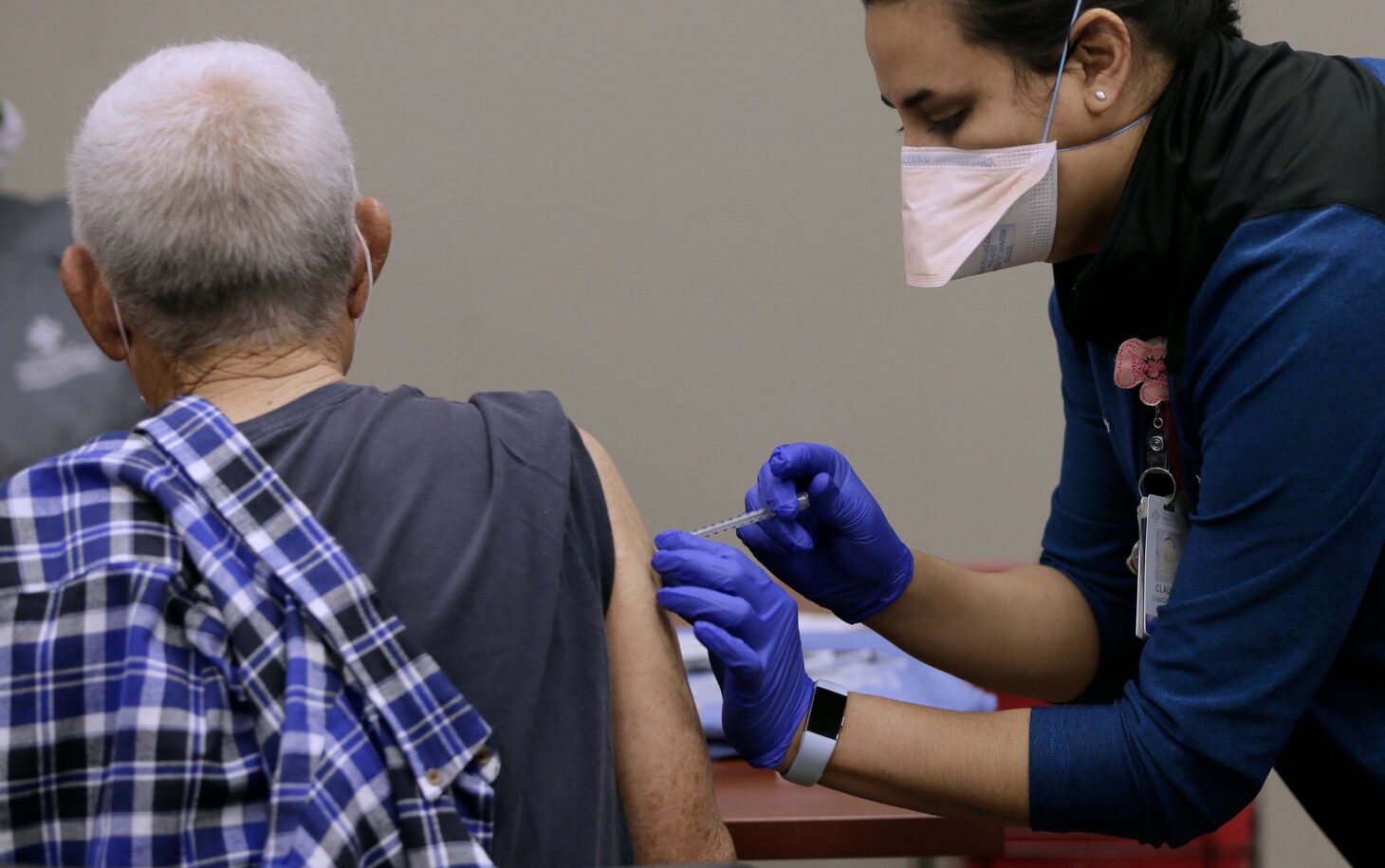