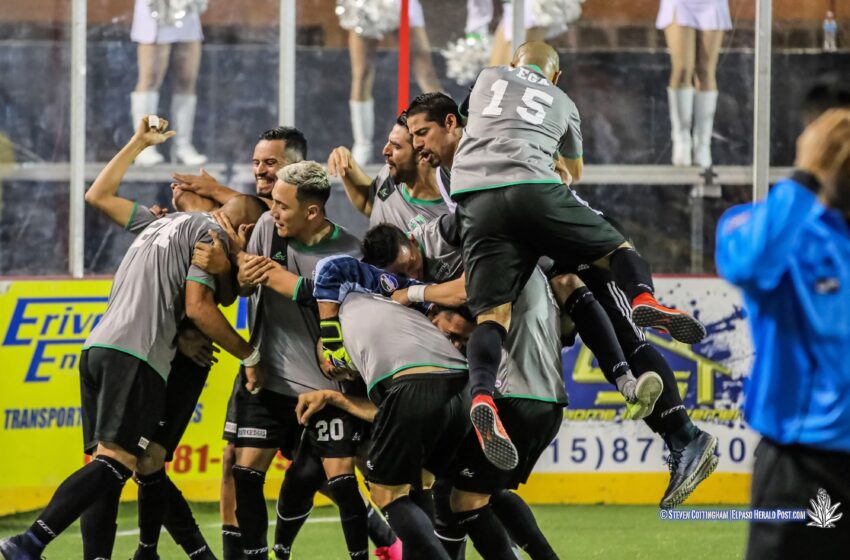 The once-winless El Paso Coyotes continue to put the past behind and move forward, earning another victory in arena soccer.

After losing every game in their inaugural season in the Major Arena Soccer League last year, the Coyotes claimed their fourth win of this young season with a thrilling 8-7 overtime victory over the Turlock Express on Saturday at the El Paso County Coliseum.

El Paso is now 4-1 and is in second place in the Southwest Division, just one game behind the first-place Monterrey Flash. Turlock, meanwhile, dropped to 0-5 and remains in last place in the Pacific Division.

The win was once again highlighted by a true team effort by the Coyotes with seven different players scoring, including standout midfielder Christian Gutierrez with two goals, defender Diego Salas, midfielders Hugo Puentes, Arturo Vega and Alex Caceres, and forwards Daniel Frias and David Salas, adding one goal each to the count.

Puentes scored the winning shot at the 4:17 mark in the extra period. Turlock was led by midfielder Matthew Germain with two goals and one assist.

The Coyotes now hit the road for a rematch against the Express in Turlock (Ca.) on Friday, December 8, followed by a trip to Ontario (Ca.) to face the Fury on Sunday, December 10.

The Coyotes return home Thursday, Dec. 14, for a highly-anticipated matchup with top-ranked and undefeated Monterrey Flash.