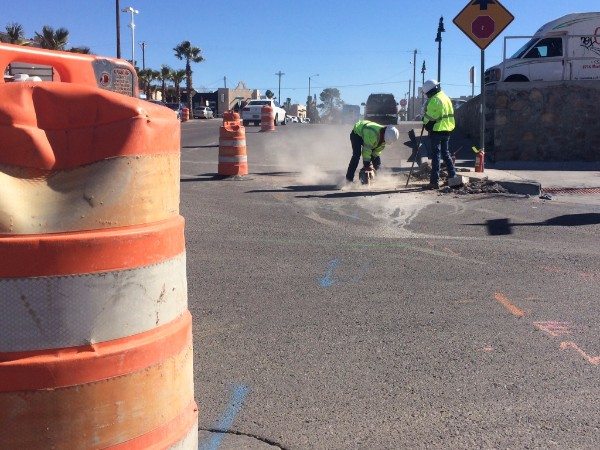 Crews from Paso del Norte Trackworks and its subcontrators are now working at six locations along the future route of the El Paso Streetcar. More locations and crews will be added in the coming weeks.

“It’s exciting to see the very first phases of this long-awaited and highly complex project underway at locations stretching from the Southside to near UTEP,” said Raymond Telles, executive director of the Camino Real Regional Mobility Authority, the entity charged with overseeing construction of the project. “All of the work presently underway is utility relocation work which will make way for crews to return later in the year to begin laying track.”

As work continues to expand, the CRRMA would like to make you aware of work which is presently underway at the following six locations:

Work at these locations is scheduled to begin the week of February 8, 2015