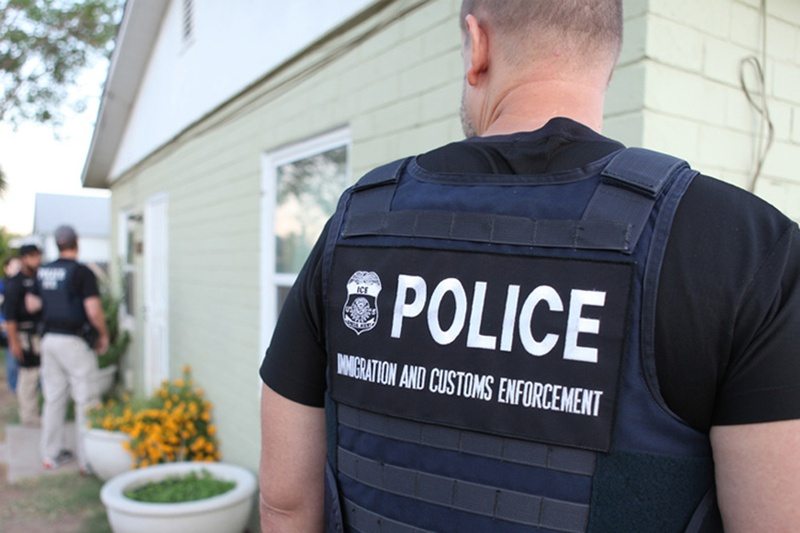 Experts fear the undocumented community will be more reluctant to report crimes after immigration agents detained an alleged domestic abuse victim as she left an El Paso courthouse.

After an alleged domestic abuse victim’s arrest by immigration agents in El Paso gained national attention, advocates and attorneys said the case could set a dangerous precedent for immigrants who might decide against reporting crimes if faced with the possibility of deportation.

On Feb. 9, an undocumented, transgender woman was detained by Immigration and Customs Enforcement officials shortly after receiving protection from an alleged abuser in an El Paso courthouse. The woman, initially referred to only by her initials but later identified in an ICE statement as 33-year-old Irvin Gonzalez, was taken to a detention center.

Experts nationwide said the case set a dangerous precedent and might deter undocumented immigrants from reporting crimes to authorities. However, ICE authorities revealed Thursday that the woman is a previously deported felon with six deportations and at least eight convictions for crimes including false imprisonment, domestic violence and assault.

During a press call Thursday, El Paso District Attorney Jaime Esparza confirmed that the woman had a criminal history but said his main concern in this case was not the victim’s status but the access federal law enforcement agents had to the courthouse. He said a domestic violence victim’s legal status should not matter when they’re reporting a crime or offering testimony.

“[Federal agents] came into the courthouse, and I think that sends a horrible message to victims of domestic violence on whether or not they’re actually going to have the ability to seek justice in our courthouse,” Esparza said. “We will work this out with federal authorities. They can do what they have to do, but not in the courthouse.”

El Paso County Attorney Jo Anne Bernal said Gonzalez had filed three police reports against her alleged attacker, who reportedly had kicked her, punched her and chased her with a knife. Gonzalez was being escorted out of the courthouse by an El Paso attorney when ICE agents stopped her and arrested her, Bernal said, adding that at least one ICE agent sat through Gonzalez’s court hearing before detaining her.

“In all our years, none of us can recall an incident where immigration authorities made their presence known inside a courtroom in this courthouse, and especially not in a courtroom that is reserved for victims of domestic violence,” Bernal said.

The El Paso Times had initially reported that ICE officers located the woman after receiving a tip, presumably from her alleged abuser. Bernal told reporters that she can’t verify that claim, but she said the only two people informed of Gonzalez’s court hearing were Gonzalez and her alleged abuser.

ICE Central Region communications director Carl Rusnok said in a statement that Gonzalez had been arrested after agents received a tip from another law enforcement agency “indicating that a previously deported felon had illegally re-entered the United States.”

If ICE did receive a tip from her alleged attacker, her arrest would violate certain provisions in the 1994 Violence Against Women Act that protects undocumented women when reporting perpetrators, said Denise Gilman, director of the University of Texas’ Immigration Clinic.

“Congress has said that victims of domestic violence and other violent crimes should be able to come forward and seek assistance and not fear that doing so will put them in danger,” Gilman said.

Gilman said she has seen instances in which individuals sought out assistance as a result of domestic violence and ended up tangled in immigration proceedings. These cases, she said, “absolutely have an impact” on the immigrant community, in terms of their willingness to report domestic violence or other crimes.

“I do expect this to have a very negative impact on women’s safety and on public safety,” she said. “If victims of crime aren’t willing to come forward, that really endangers the whole community.”

According to immigrant rights organization We Belong Together, immigrant women are three to six times more likely to experience domestic abuse than U.S.-born women. Lora Petty, a representative of Texas immigrant rights group American Gateways, said this is because abusers use deportation threats as fear tactics against their victims.

State lawmakers have already responded to the incident, including El Paso Sen. José Rodríguez, who in a statement said this case will prevent people from reporting crimes to law enforcement officers for fear of facing deportation.

The case also attracted the attention of national public figures, including Chelsea Clinton, who called the arrest “horrifying.”