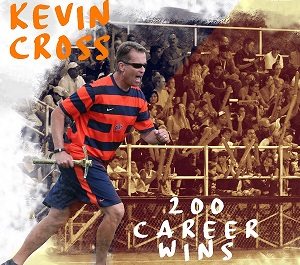 Head coach Kevin Cross notched career victory number 200 with the effort, making him just the fifth head coach in Miner athletic history across the board to achieve the feat.

The Lady Jacks (3-3) received an early goal from Madison Hall (14’) and led the Miners (3-5) 1-0 at the break but UTEP regrouped to post the come-from-behind victory. Alyssa Palacios was credited with four saves in the match and UTEP had an 8-5 advantage in shots on goal for the game. Soto assisted on Bohdan’s match winner.

“It was a great team effort, especially the second half,” Cross said. “In the first half we were chasing the game a bit and we got things sorted out. We started getting first to the ball and attacking them, and that changed the game. It’s quite a milestone (200 wins), and I’m very thankful I’ve gotten to be here so long to coach so many good teams and players. It’s a credit to them for all of those wins. I’m very blessed.”

There was good pressure early on by the Miners to earn a corner kick in the second minute but the header attempt by Bohdan was errant. Four minutes later SFA generated its first chance of the contest with a rocket shot from Hall but Palacios stood her ground to deliver the save.

A bouncing ball in the box afforded Kori Lewis a good chance but her left-foot shot was handled by Lady Jack GK Madeline Talbot.

The visitors got on the board first, doing so in the 14th minute. The ball was batted around in the box off a corner kick before it was controlled by Hanna Barker, who sent it to Hall. Hall laced a shot through traffic that effectively screened Palacios, and the ball ended up in the back of the net.

UTEP vied for the equalizer in the 20th minute with Bohdan darting through the defense. She then spun and drilled a shot but Talbot responded with a diving stop. SFA then worked the ball up the pitch, firing a pair of shots but the Orange and Blue defense blocked away each of the opportunities.

In the 33rd minute the Orange and Blue earned a corner kick. Carleigh Simmons played an outstanding ball into the area but somehow the Lady Jacks were able to defend it cleanly. Seven minutes later UTEP garnered another corner kick and Natalie Valentine was left open in the area.

She rifled a shot but it unfortunately had too much pace and air mailed over the goal.

UTEP got the start it needed in the second half with Bohdan dribbling into the box. She then spun and blasted a shot past Allyson Smith, who dove but was unable to come up with the ball. The Miners continued to pressure following the equalizer, unleashing three shots in a span of a minute but SFA staved it off. The continual attack proved too much in the 58th minute with a pair of freshmen teaming up for a sensational sequence of soccer. Soto flew up the wing before crossing it over to Bohdan, who hammered it just under the bar with her left foot.

The Lady Jacks found their offensive rhythm after falling behind, but Palacios was on top of her game. She made a leaping save on a shot seemingly destined for the upper right corner on to rob Mari Gillespie in the 61st minute before denying Sophia Fondren with a dive in the 66th minute.

Bohdan, after a quick breather, tested Smith with a pair of shots with about 10 minutes to play. Both times, though, Smith was able to register saves and UTEP couldn’t convert on the ensuing corner kicks. The close calls proved to be a moot point as the Miners closed out the game in style.

UTEP will take aim at its fourth consecutive victory when it plays host to NM Highlands at 7 p.m. MT Wednesday. All fans who wear orange to the final non-conference match of the year will get in free.