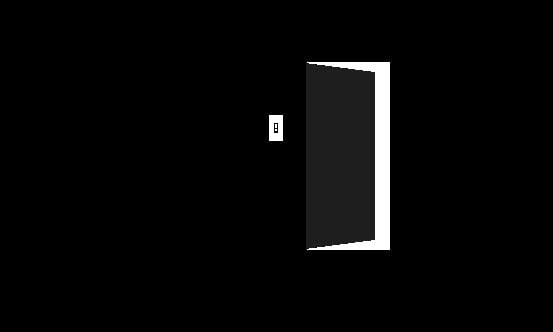 When I was fifteen years old, I became Steve Young over at “KXCR, 89.5 FM, the Heart of El Paso.” From a young age, mass media was in my blood. It’s all I wanted to do, play music and add to everyone’s day, memories, or be the voice on the radio as they drove across town at two in the morning.

My ambitions eventually outgrew KXCR, and it was time to move to another station. I had my eyes set on Z-93 (Remember them?)
At the time the program director of Z-93 was John (I’ll keep his last name out of this piece.)

If you wanted a job in radio, behind the mic, the program director was the one you had to talk with.

For weeks I was working on my aircheck – a tape recording of all your on-air breaks. Every radio station back in the day had a tape deck that would record only when the mic was hot.

Every so often you would take that tape and sit with your program director, in the case of KXCR that was Doc Burns, and you would listen to it. It’s a great way to get feedback and advice on how to improve.

When looking for another gig, you would send an air check along with your resume. (I also included some of the ad spots I was on at KXCR as well as ads I did for a few local businesses at other stations).

I had my resume and air check ready. On Friday I drove off to Executive Center Blvd to leave them with the station and began to wait.
The following week John called me to set up an interview on a Saturday. I couldn’t wait. I was so looking forward to just maybe getting on at Z-93 right then and there.

All week I was watching the clock, counting down until I would have that interview.

Saturday arrived, and I was up and out the door at 8 a.m.

Forty-five minutes later I was at the door of the station, buzzing to be let in.  John and I sat in a big office. I remember it was the first one on the right, as you went past the receptionist’s desk. The office was large.

Across from the door was a bookcase, a light brown bookcase. To the right of that, two chairs facing the desk that John sat behind.

John sat down and popped the tape into a player, and we began to listen. Some of what he heard, he liked. Other things he said would not cross over from a jazz station to a top 40 station.

“Keep working,” I remember his saying as we walked towards his office door. “You’ll get there.”

As he reached the door, he turned his office light off. I remember that switch and where it was. It was on the left side of the door as you were walking out.

He turned the light off but never opened the door.

It was beyond belief. I’m sixteen years old, seventeen in a couple of months.

I drove a light blue Ford Gran Torino to the interview. I can even remember what I was wearing that day – a white shirt I bought at Gadzooks, when it was on the lower level of the mall, next to Sears. Also had on a pair of jeans.

John began to not only grab my crotch but rub it as well.

I told him to stop. He wouldn’t.

“Maybe there’s another way you can get on the air…”

I finally pushed passed him and walked out of the building. I think I broke every speed limit to get home and into the shower.

No one and I mean NO ONE would listen to what I had to say.

“It’s the late-80’s,” one person told me. “That doesn’t happen anymore.” The person who told me that, I expected more from.

From that point on, I simply kept it to myself. Then, a few years later, I heard that John had tried the same thing to a friend of mine.

This has all been on my mind a lot the past couple of weeks, with the Brett Kavanaugh nomination, and the accusations brought against him by Christine Blasey Ford, and others.

This is yet another issue that has divided America along both party and belief lines.

I’ve had people tell me – that same person who tells me that if a Catholic Priest molested a child forty years ago, they should be in jail – she never went public, so how can it be true.

I never went public with what happened to me.

When no one seemed to give a damn, what was I to do then?

That line of thought disgusts me.

I have other friends who say that someone who is popular or in the public eye would never consider doing such a thing. One friend went so far as to say that he knew he wanted to be a judge and was thinking ahead.

The only way I could answer that was by reminding him about Bill Cosby.

Think about how many sexual assaults happen on college campuses and never get reported. Think of how many children are sexually assaulted and are too scared to come forward because it’s being done by a member of their family.

According to one government statistic, between 85-90 percent of sexual assaults reported by college, women are perpetrated by someone they know.

Another statistic shows that rape and sexual assault are also the most unreported crime, with estimates as high as 90 percent.

These same friends then began to say that Dr Ford was a slut, was not telling the truth, was only looking for a paycheck.

What disgusts me about these so-called friends, each and everyone one of them has a daughter.

Many of you know who I am. I’m friends with quite a many people. None of you knew this about me.

Now, look at your family, your friends, and ask yourself one question: have any of them been sexually assaulted? Raped?

You may never know.

Before you begin to make fun of or degrade someone who says/uses #MeToo, or before you begin to dismiss any of Kavanaugh’s accusers, look at those people around you, and remember, up to 90 percent of sexual assaults, rapes, molestations go unreported.

Oh, and before you say, “So-and-so was never (raped, molested, or sexually assaulted), they would have told me!”

Maybe, just maybe, look at how you act when you hear someone else may have been assaulted.