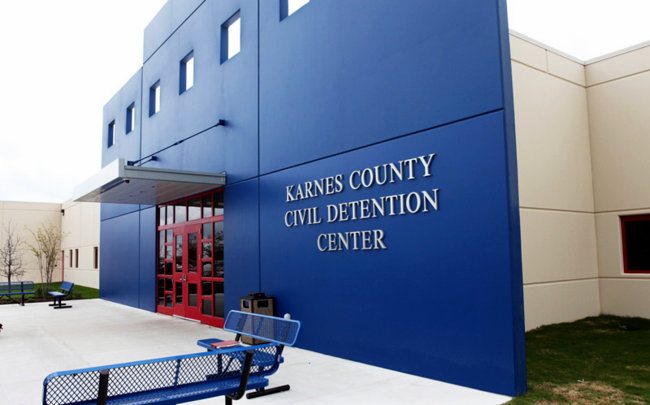 AUSTIN, Texas – The Federal Department of Homeland Security announced that it will review its policy of detaining undocumented immigrants in private, for-profit facilities. The announcement by Homeland Security Secretary Jeh Johnson comes on the heels of a decision by the Department of Justice to phase out private companies used to operate federal prisons.

Christina Parker, the immigration programs director with Grassroots Leadership, said her group has documented a litany of problems and abuse at the for-profit immigration facilities located in Texas and elsewhere.

“They say that they’re going to conduct a review looking at all aspects of contracting in these facilities, how they’ve operated and what happened there, the kind of abuses and neglect that we see in those facilities,” she said. “Any honest review looking at that would have to result in them terminating their contracts just like the DOJ did.”

Detention center facilities are located in Karnes City, Dilley and several other places across Texas. The majority of the centers are operated by the GEO Group and Corrections Corporation of America.

A recent report said private companies manage about 72 percent of all beds in immigration detention facilities in the country.

Parker said Grassroots Leadership and other advocacy groups have documented the same type of conditions in federal immigration detention centers that the Department of Justice cited in its decision to phase-out the use of for-profit prison corporations.

“Pretty regularly, we see in here issues of medical neglect, poor food, of unsanitary and inhumane conditions, and abuse by guards,” she added. “These are just places that shouldn’t exist at all, but certainly shouldn’t be run by private prison corporations.”

The council’s report is due by November 30th.

The full statement can be read here.