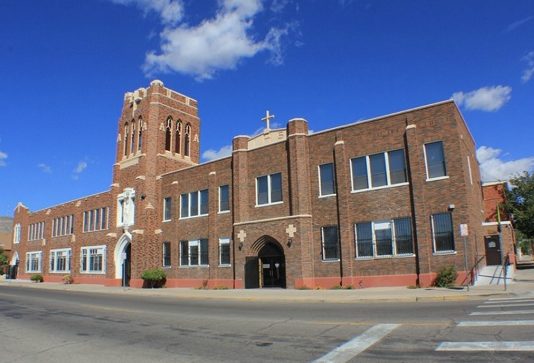 During a recent audit of St. Joseph Catholic School, the Finance Office of the Diocese of El Paso uncovered irregularities. According to Diocese officials, more than $800,000 was discovered misappropriated.

St. Joseph is a parish within the Diocese and operates an elementary school known as St. Joseph Catholic School. For approximately 25 years, St. Joseph School was operated by members of a Catholic religious order known as the Brothers of the Poor of St. Francis (the “Order”).

The members of the Order are brothers (as opposed to ordained priests).

During the 25-year period, Brother Edwin Gallagher was the principal while Brother Richard Fish was an assistant principal. The brothers retired in 2015.  Following their retirement, the school’s new bookkeeper requested assistance from the Diocesan finance office to resolve accounting issues and to implement a new accounting software package required by the Diocese.

According to officials, the Diocesan Chief Financial Officer Greg Watters performed a preliminary investigation and discovered that Brother Edwin Gallagher and Brother Richard Fish had been paying for certain personal expenses out of school bank accounts.  The Diocese hired an independent accounting firm to perform a forensic investigation.

This investigation, as supplemented by information developed by the Diocesan Finance Officer, identified $800,246 in personal expenses of Brother Edwin and Brother Richard that were paid with school funds, without the knowledge or consent of the Pastor, the school board, or any representative of the Diocese.

Following the forensic investigation, the Order’s President, Brother Edward Kesler, was contacted and came to El Paso to review and discuss the findings. Brother Kesler conducted his own investigation and confirmed that the funds identified were misappropriated.

Bishop Seitz and other representatives from the Diocese then met with the two Brothers who admitted to the misappropriation.

As a result of further discussions, the Order agreed to reimburse St. Joseph the sum of $800,246 in four quarterly installments commencing on June 30, 2016.

The new accounting software package that was implemented in 2015 provides new financial safeguards to prevent misappropriation of school funds from occurring in the future.

Officials with the Diocese said, “The discovery of the misappropriated funds by trusted individuals has caused disappointment and justifiable anger….we are thankful that St. Joseph School will not suffer the adverse financial consequences that accompany most cases of this nature.”

They added, “we ask for prayers for Brother Edwin and Brother Richard during this Year of Mercy.”