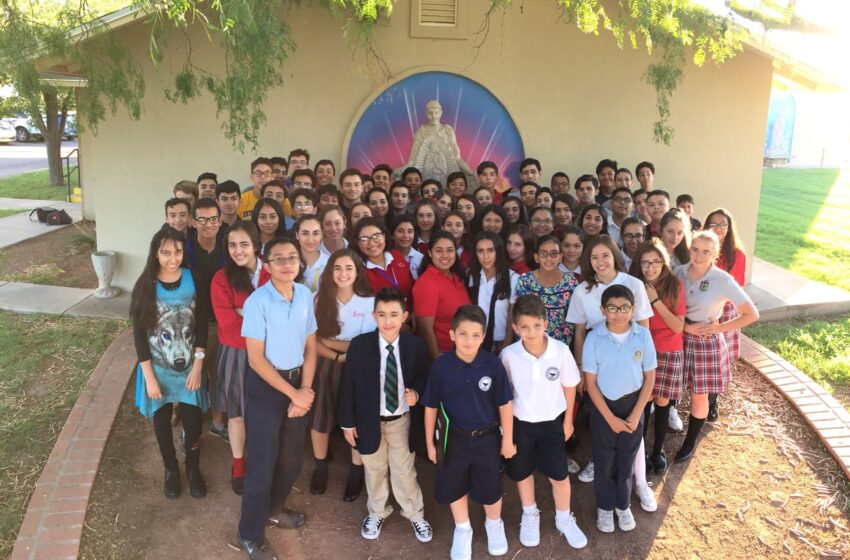 The Foundation for the Diocese of El Paso is set to award $187,575 in financial aid to 82 Foundation Scholars attending El Paso’s Catholic Schools in 2017-2018.

Most of the scholarship aid was distributed from scholarship endowed funds, with the remainder coming from donations and a generous grant from the Hunt Family Foundation.

The funds have a combined value of $6.6 million; each one of El Paso’s schools has at least one endowed fund for scholarships.

In honor of Monsignor Smith’s retirement in 2015, a scholarship fund for St. Raphael School was established to help preserve St. Raphael’s mission well into the future. Reverend Monsignor Francis J. Smith served as the pastor of St. Raphael Parish for 29 years. An energetic and attentive leader, Monsignor Smith is admired for his humor and tenacity.

The Foundation for the Diocese of El Paso will host the 5th Annual Foundation Scholars Prayer Breakfast on Thursday, August 24 from 7:30-9:00 a.m. at the El Paso Club to recognize Foundation scholarship recipients attending Catholic schools in El Paso.