On Monday, the Most Reverend Mark J. Seitz, D.D., Bishop of the Catholic Diocese of El Paso, along with the Diocese of El Paso  announced the naming of a new parish that will be established on August 1st in the Mission Valley of El Paso.

According to the Diocese,  after prayer and reﬂection, Bishop Seitz settled on the name of St. John Paul II.

“I am elated that a parish in the diocese will take the name St. John Paul II,” Bishop Seitz said. “I pray that this new established community will grow in same boundless faith and joy that characterized the life and service of St. John Paul II, to our Lord God.”

Parishioners from both parishes had the opportunity to share suggestions for the name of the parish over several weekend Masses.

A 10 member committee with representatives from both parishes passed on to the bishop two of the names that received the most votes for his consideration.

The oﬃcial site of St. John Paul II Parish will have its primary facilities at the former Santa Lucia Catholic Church located at 518 Gallagher Street in the Mission Valley.

“Should the active members of the new parish who live within the neighborhood of the former parish of San Jose wish to continue a presence of church facilities in their part of the new parish territory they will be able to pursue this goal with the pastor and pastoral council of the newly created parish,” the Diocese shared via a news release.

The oﬃcial decree establishing St. John Paul II Catholic Church states, “the patrimony of San Jose Parish that had been set up as a building fund can be used to maintain, update or build ediﬁces at 8100 San Jose Road, not excluding the creation of a small space suitable for liturgical devotion and prayer.”

Furthermore, the decree states, “all parish registers containing records of baptism, conﬁrmation, Eucharist, marriage, and death that are currently preserved at both Santa Lucia and San Jose shall be transferred to the Saint John Paul II Parish oﬃce where they will be faithfully preserved in accordance with Canon Law.”

Diocese officials add that the parish boundaries will be made available via the diocesan website. 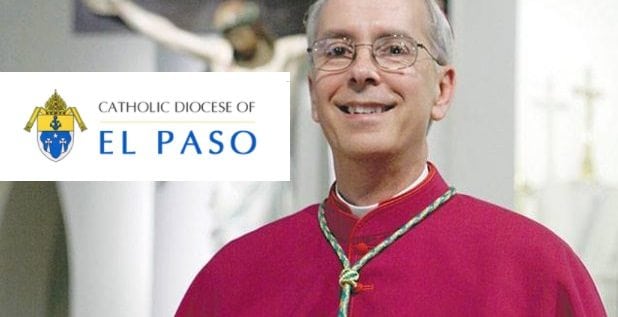 Diocese of El Paso to re-open to...