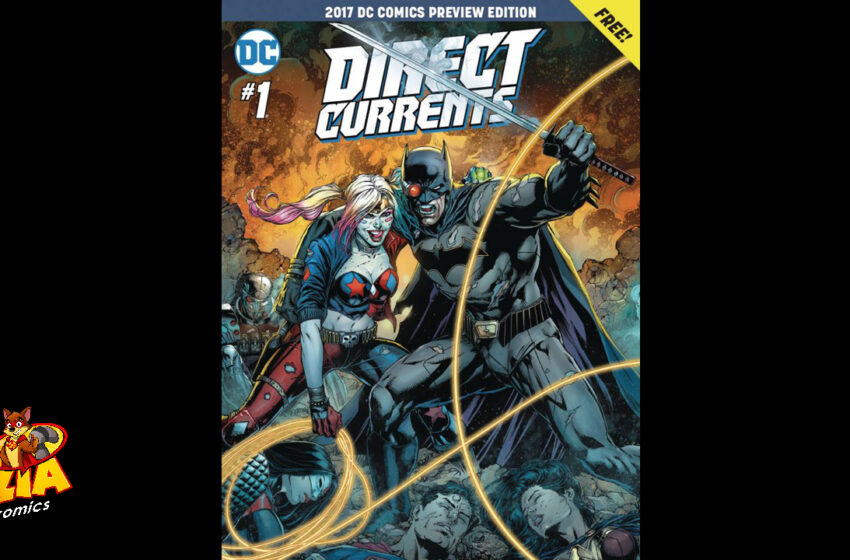 Gone are the days of only a handful of comics titles being available for you to read.  Picking a title to follow regularly was much easier as there just weren’t that many choices.  Fast forward to now and there are more comics than any one person can possibly read in a month.  The Diamond Comics Monthly Previews catalog is just as thick as a Sears catalog (another relic from the time before internet).

With numerous titles from Marvel, DC, Image, Boom Studios, IDW, Dark Horse, Valiant, etc.  finding a title you enjoy requires some research.  A lot of really good titles go unread simply because readers are hesitant to pay for a title just to see if it is something they might like.

DC Comics has come up with a way for readers to get a more in depth sneak peek at their upcoming titles. For the launch of DC Rebirth DC Comics put out a special DC Previews magazine. It was written by Pat Mccallum, Mike Cotton, and Brian Cunningham. They are all ex-Wizard writers now working at DC Comics. It was edited by ex-Wizard editor Andy Serwin.  Original Wizard designer Steve Blackwell put it all together. That catalog was so well received they are going to use the same team to create a regular magazine, reviving the Direct Currents brand.

Direct Currents is the new, FREE quarterly magazine that brings you into the world of DC Comics with exclusive sneak peeks of every title.  They will start with the top-secret Justice League/Suicide Squad crossover event coming in December.  It will also contain a first look at the all-new SUPER SONS series starring the offspring of Superman and Batman as well as new info on the second wave of Rebirth titles!