Disney On Ice returns to El Paso in May

El Paso County Coliseum officials announced Thursday that the popular Disney On Ice is set to return early next month.

Disney on Ice presents ‘Mickey’s Search Party’ will be back at the El Paso County Coliseum May 5-16.

Special pre-sale tickets go on sale 10:00am on Thursday, April 1, with pre-sale promo code ICESK8, and regular show tickets for the general public will go on sale Tuesday, April 6 at 10:00am.

Hosted by Mickey and Minnie Mouse, the show features some of the duo’s closest pals, as well as skaters, acrobats, and performers during the innovative, interactive show.

“As a spectator, you’ll cross frozen fields, endless seas, and majestic mountains,” show officials shared. “You’ll journey through the vibrant, skeleton-filled Land of the Dead with Miguel from Disney and Pixar’s film Coco, then travel through Arendelle, the kingdom from Frozen, to witness some jaw-dropping extreme skating.”

Show officials add that the performance will feature Tinker Bell, Captain Hook, Belle from Beauty and the Beast, and many more.

Show representatives and Coliseum officials add that CDC Guidelines and County Public Health Guidelines will be enforced, and seat
arrangements are available in pod seating. 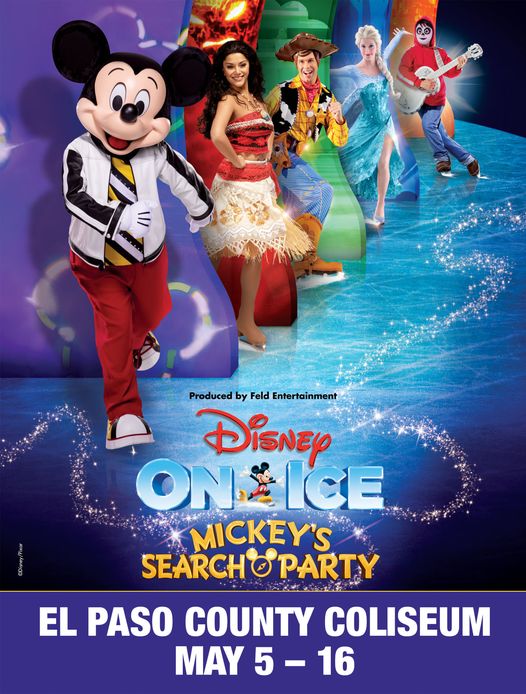