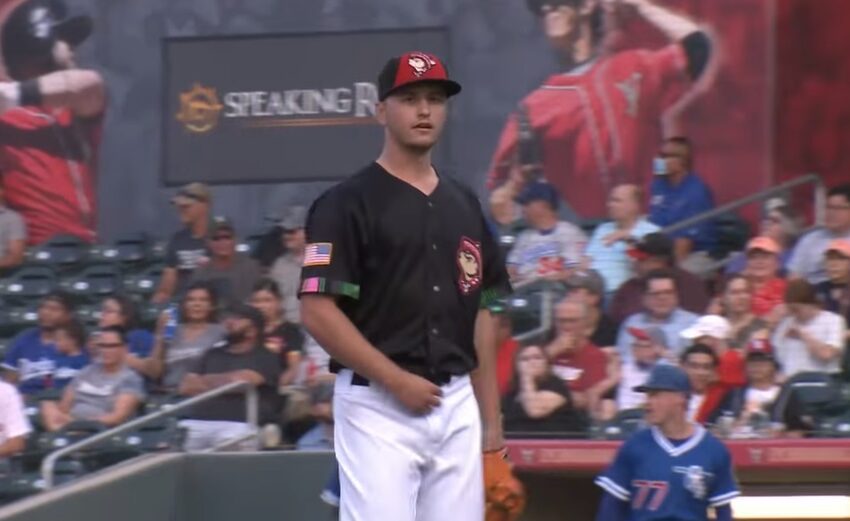 Chihuahua reliever Evan Miller made a spot start, the first start of his professional career, and allowed only one run in 3.1 innings | Clip courtesy EP Chihuahuas

The Oklahoma City Dodgers scored four late runs to beat the El Paso Chihuahuas 5-1 Monday night. The game was tied 1-1 from the first inning until the eighth.

El Paso’s run came on a solo home run by Brian O’Grady in the first inning. O’Grady now has home runs in back-to-back games and has hits in all nine Triple-A games he’s played in this season.

El Paso reliever Evan Miller made a spot start, the first start of his professional career, and allowed only one run in 3.1 innings.

Patrick Kivlehan went 2-for-4 but didn’t extend his home run streak to five games, which would have tied a Chihuahuas team record.

Monday was the first time the Chihuahuas ever had a home game on Memorial Day.