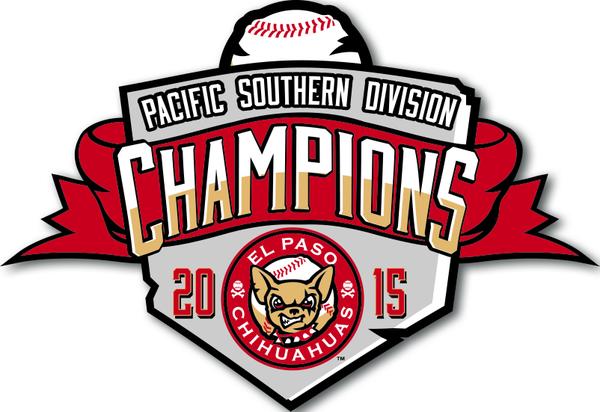 That win, coupled with a Las Vegas loss, propelled the Chihuahuas into the playoffs as the PCL’s Pacific Southern Division Champions

This is the first playoff appearance for a professional El Paso baseball club since the 2007 Diablos. The last time an El Paso club won a championship was in 1994 when the Diablos were crowned Texas League Champions.

The Chihuahuas now take on the Fresno Grizzlies next week. Games 1 and 2 are in Fresno on Wednesday and Thursday, with the Dogs back home Friday for Game 3.

The win almost didn’t happen as Reno rallied late. The Aces, trailing 4-2 into the bottom of the ninth inning, center fielder Todd Glaesmann lined a two-out, two-run double down the right field line to knot the game at 4-4.

The momentum was short-lived, however, as El Paso came right back with three runs in the top of the tenth.

Reliever Kaleb Fleck committed a throwing error to put runners at first and second with nobody out, then Hunter Renfroe hit a ground-rule double to give the Chihuahuas a 5-4 lead. Ramiro Pena followed with a two-run single to up the lead to 7-4.

Tayron Guerrero shut down any hopes of a second comeback when he faced the minimum in the bottom of the tenth.

Jeremy Hellickson  started for the Aces on a Major League rehab assignment and worked a quick 1-2-3 top of the first inning.

Nick Buss started the home half of the first with a single to left field. He moved to second on a walk issued to Nick Evans, and both came around to score when Peter O’Brien belted a double off the center field wall to give the Aces a 2-0 lead.

The lead didn’t last long as El Paso came back with a run in the second, and a run in the third. Jake Goebbert led off the second with a double and later scored on Cody Decker’s RBI groundout.

A one-out double by Jason Lane in the third was turned into a run when Renfroe clubbed a two-out two-bagger to tie the game at 2-2.

Chihuahuas catcher Jason Hagerty led off the fifth with a single to left and moved to second on Lane’s sacrifice bunt. Casey McElroy gave El Paso a 3-2 when he a chopper up the middle and into center field.

El Paso added a run in the seventh on a crucial error. With runners and first and second and one out, Aaron Blair induced a ground ball, but Aces shortstop Cody Ransom threw away the throw on a possible double-play ball to allow a run to score.

It stayed 4-2 until the bottom of the ninth when the Aces extended the game on Glaesmann’s two-run double.

Jay Jackson got the win for the Chihuahuas despite a blown save. Fleck was tagged with the loss and Guerrero earned his first save. The loss is the third straight for Reno after winning the opening game of the series Friday night.

According to the Chihuahuas, thier ticket office will be open on Labor Day for fans to buy tickets in person; or fans can call (915) 533-BASE or online http://epchihuahuas.com The schedule for the games is as follows:

AUTHOR: Reno Aces / EP Chihuahuas  Editor’s note: Information was added to this story from the El Paso Chihuahua’s website and twitter feed, the Reno Aces, as well as video from MiLB.com