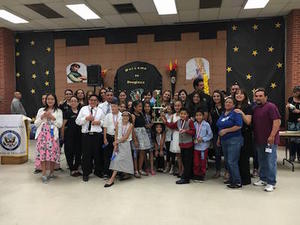 More than 300 students participated in the University Interscholastic League (UIL) competition at Douglass Elementary School, the first of its kind for EPISD elementary students.

It all started at Douglass a few years ago with a team of 12 students competing at the Ysleta Independent School District UIL competition.

“I challenged faculty members to find a challenging and innovative way to have students express themselves artistically and academically,” Douglass principal Alonzo Barraza said.

Taking a page from the success of the school’s chess team, these faculty members put together a team of students to compete at the YISD competition in reading and math. After two years EPISD Academic Coordinator Carolyn Mackey and the Douglass UIL Coaching staff decided to introduce a UIL level event for the District’s elementary schools.

“The purpose of the UIL competition is to provide our students an avenue to express themselves academically in various content areas such as oral reading, storytelling, mathematics and chess puzzles,” said Mackey. “These activities are high order thinking activities, which will help our students bring forth rigor, student creativity, social and emotional maturity and problem solving all in one competition.”

“The principals were very supportive from the beginning,” Barraza said. “This event wouldn’t have been possible without them.”

With such overwhelming participation and enthusiasm in its first year Barraza hopes the event will keep growing to include all EPISD elementary students.

“It is very exciting to see that what started out as a small team of 12 students at Douglass has grown to a team of about 300 students district wide,” Barraza said. “This is something we hope thrives for years to come.” 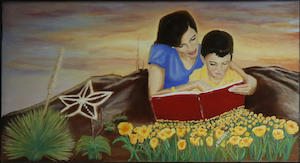