The bass boomed in the distance, as a swarm of high-waisted cut off shorts raced against the Franklin traffic light timer.

The sun was gentle, the breeze faint, and the vibes of thousands of dancing souls in the distance emanated through the halls of downtown El Paso. It was a ripe time for festival junkies.

In my decade of festival hopping, I’ve never embarked on the multiple-day dance journey without my Road Dogs. We look out for each other, share funnel cake calories, bump hips and head bang in unison, split cab rides and shuttles and pass out at the end of the night as one.

For the first time in dance party history though, I did it alone. It wasn’t the plan, to go against the festival habit, nor did the Neon Desert journey begin that way.

As synchronicity would have it, two of the original roadies from my first-time Coachella days crossed my path on Day 1.

The universe’s equation evoked the souls of our early 20’s, and as a trio, we floated to the beats of Mark Farina, swayed to the Chuco Soul Project, wrestled with the bass of Wolfgang Gartner, and laid on our backs on recycled pallets contemplating life with Deftones rumbling in the distance.

Day 1 glowed magically, and the laughs and beers and observations were shared amongst our stage-hopping, crowd-dodging, art-loving crew.

A new sense of awareness however, was literally knocked into me on Day 2, and I have the shiner to prove it. I had taken on the day with no plans but to wander aimlessly, meeting friends along the way to catch the bands on my list.

I was mid-text just about three feet from the entrance when I felt a rough shove, and turned just in time for a man’s fist to introduce itself to my cheek, missing the intended target, now sprinting the opposite direction. My disorientation took about 20 seconds to subside as I tried to make sense of the sudden blow and loud ringing in my ear.

The fast action of guards and EMTs had me on ice within three minutes. No blood, no broken bones, but bruising was inevitable. It was a rough start to Day 2, but I was rolling solo, so all I could do was put on my big girl panties and power through it.

Text messages were delayed with my phone service for some reason, so I gave up on my phone for the moment.

After about 15 minutes of icing, I was able to walk straight and [cautiously] wander Neon Desert on my own with a more elevated, lets-not-get-punched-in-the-face-again awareness.

It was slightly awkward at first – to not have a specific destination. I’m a detailed planner, with lists and timelines and missions. Taking the direction of the wind and following the music completely alone was new to me, and the discomfort of solitude in a crowd of thousands took a little time to diminish.

It was then I realized I had skipped some sections of art on Day 1.

The second time walking down Franklin toward the Paso del Norte stage, at my own pace, with no distractions or missions, I felt a surge of awe.

It was more than wood panels and painted inflatables.

I saw the souls of the artists in the details, the imagination of an inner child in the composition, and love absorbed me as I stood back and my sense of vision connected with the heart of another human’s passion.

Solitude, once the cousin to my enemy of loneliness, was suddenly my best friend, and Downtown became my own little world.

In between familiar faces and brief small talk and toasts to life, I continued my observational journey.

Smiles were contagious, and for the first time I noticed the children basking in the festival vibes with hula hoops and painted faces. Hipster hats and shades on teeny tiny bodies never looked so adorable. Families were rocking out and it was beautiful to watch the diversity in ages share a common ground in my hometown.

wiggling the rabbit ears to get the best picture of the Luchadores in my family’s tiny apartment living room on St. John’s in central.

Here I was, 25 years later, watching it live, becoming hoarse from cheering them on.

The skate ramp, a genius integration of an underground culture, was breathtaking. I literally Googled prices for skateboards and longboards, as I recalled the excitement of my first days on a skateboard in Downtown El Paso.

The festival was inspiring me on a new level. The exhilaration was booming from my chest, and I hadn’t even had my first beer or band yet!

My dirty Converse made their way to all the stages, with a mind still oblivious to schedules and cell phone screens. There was no such thing as dancing alone in the family tree of music as we shared the blasts from the speakers and moved in harmony.

Hope Riot warmed up the toes as I got a dose of some good rock and roll,  and I eventually danced my way to the musicless cheering at the Silent Disco stage.

To stand and actually SEE, not HEAR the beat drop from an outsider’s view is hilariously entertaining and stimulating.

Aimless wandering eventually guided me to friends, some old Road Dogs from festivals past, and relatives.

As much as I reveled in their company, I always found it a relief to be able to walk away at the first sound of someone “having to pee” or “let’s get some food” or “wait in line for beer.”

‘I’ll catch you all on the flip side!’ was my new coined phrase as I gracefully exited the temporary party. And off I went, back on the solo journey, chasing the music that called out the loudest.

Duke Dumont, Daddy Yankee, Ludacris, System A, Tiesto and Emily Davis were among my Sunday pit stops and my only regret was that there weren’t three more of me to get the full complete coverage of Neon Desert Music Festival.

But the life-changer here was the lesson of embracing solitude in crowds, detachment from phones and going with the flow.

And I can tell you in the history of NDMF, Downtown El Paso, the Road Dogs of all Road Dogs, had her best year yet in 2016.

The music, the footprint, the number of people, the food, the execution was commendable.

Congrats to Neon Desert on their incredible and evolving success, congrats to the City of El Paso for continued growth and support for recreational events, and more than anything, CONGRATS TO THE CITIZENS OF EL PASO for taking advantage of annual opportunities to absorb the magic of Downtown with the Neon Desert Music Festival. As for me, I’m just glad I was able to roll with the punches.

We all did great. 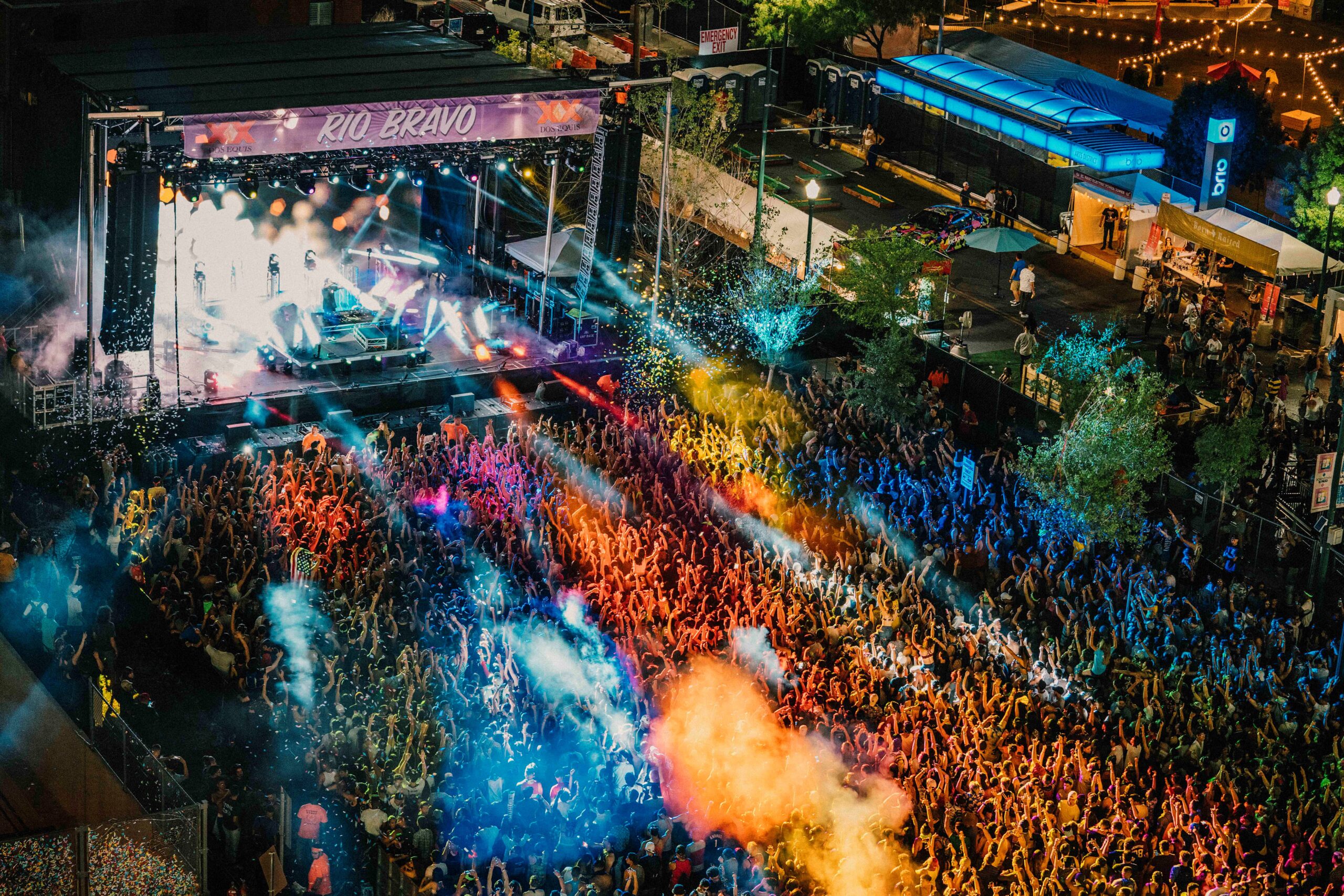