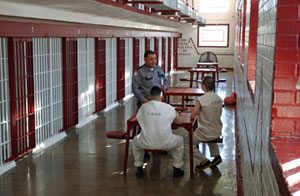 AUSTIN – The Texas Department of Public Safety (DPS) has released the 2015 Texas Gang Threat Assessment, which was developed to provide an extensive overview of gang activity in the state of Texas.

“Because of their propensity for violence and close associations with ruthless Mexican cartels, gangs are a serious threat to public safety in Texas. Our residents have a right to live free from fear and crime, and DPS remains steadfast in our mission to identify, dismantle and disrupt these criminal organizations,” said DPS Director Steven McCraw. “The 2015 Texas Gang Threat Assessment delivers valuable information about the gangs operating in our state and is a proven tool in law enforcement’s fight against these dangerous groups.”

The Texas Gang Threat Assessment was developed according to statute, which requires an annual report to be submitted to the governor and Texas Legislature assessing the threat posed by statewide criminal gangs.

The report is based on the collaboration between multiple law enforcement and criminal justice agencies across the state and nation, whose contributions were essential in creating this comprehensive overview of gang activity in Texas.

This assessment details the state’s systematic approach to evaluating and classifying gangs in order to identify which organizations represent the most substantial threat. The report estimates that current gang membership across the state may exceed 100,000 individuals.